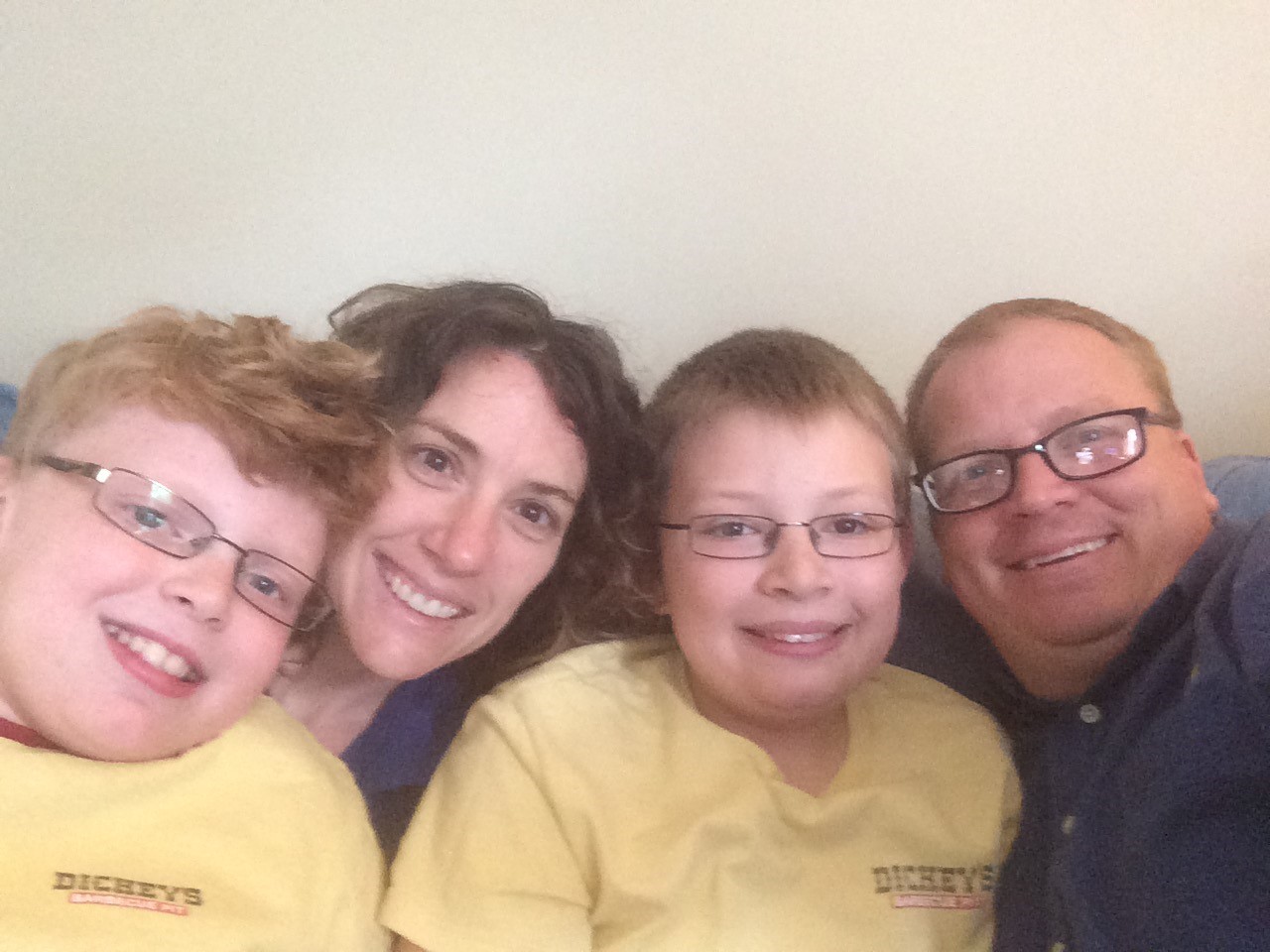 Formerly an Executive Pastor at mega-churches throughout the Midwest, Jay Rhodes has always loved Dickey’s Barbecue Pit. He decided to move back home to central Pennsylvania, where there were not as many opportunities to work in his chosen field.  He decided, “If I can supervise dozens of pastors and more than 100 ministry program leaders, surely, I could run a restaurant.  So I bought a Dickey's.”

With few truly authentic slow-smoked barbecue restaurants in the area, Jay was ready to bring the flavors of his second home, Dallas, to his original hometown.

With catering a whopping 24 percent of his business, it is obvious that Jay has worked hard to integrate into his community. He actively supports his alma mater, Penn State, through their fraternities, sororities and nonprofits. He donated 1,300 sandwiches lasts year to the student blood drive and he serves on the local board of directors of the Nittany Co-Operative, consisting of 27 non-profits, 41 fraternities, 23 sororities, and nine student clubs. Additionally, his store supports the Red Cross and won an award as one of the leading businesses that supports the organization in Central Pennsylvania.

Jay has worked hard to build success as a franchisee, but also appreciates all the support from the Dickey’s Home Office. “I love coming to my store every day,” Jay says. “I love the Dickey's Standards, as they are here to help me.  I love the Dickey’s Home Office staff as they help me resolve problems, and I appreciate marketing as I have seen how their efforts have driven sales in my local store.” Jay plans to continue to spread the love throughout Pennsylvania, as he has just signed another franchise agreement and is currently in negotiations for a third store.