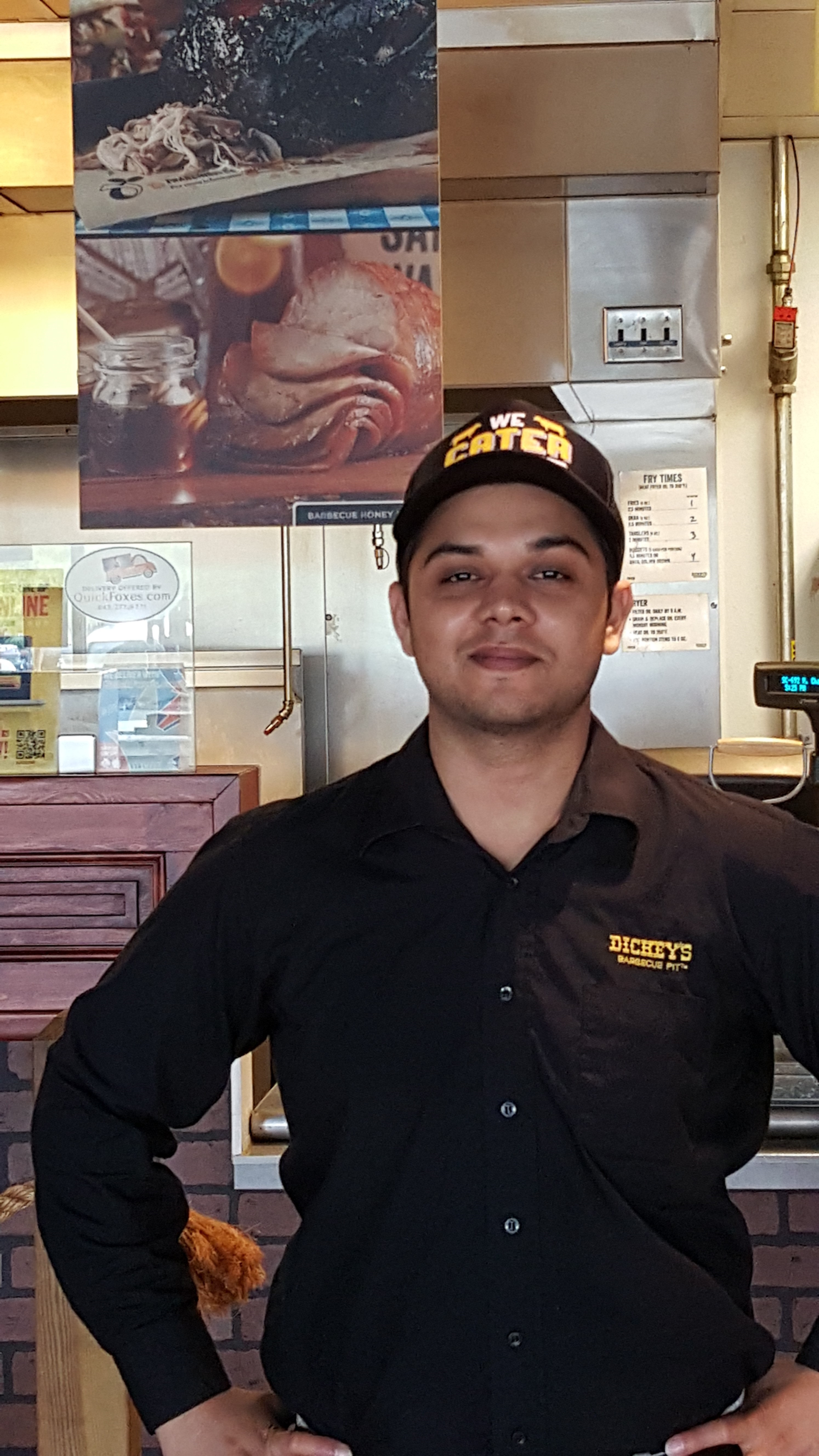 Serendipity in Tucson led to a lucrative business venture in Charleston for Brand Champion, Vedit Patel. While he was living in Arizona as a college student, he had the opportunity to visit a Dickey’s store. It was love at first taste when he sampled the delicious, slow-smoked brisket. Vedit knew then that Dickey’s would play a part in his future.

Once he moved back to his hometown of Charleston, Vedit instinctively knew that there was no better place for barbecue than the southland. The southern hospitality of his community provided just the right setting for Vedit to become a new business owner.

Since opening his store, Vedit has engaged his community by reaching out to local police and fire departments, continually supporting men and women in uniform. He has gotten encouragement and support from his franchise director, and appreciates all the tools given to newbies in the franchise business. “Being an amateur opening up a restaurant on your own is not a good idea if you have no experience how a store gets built,” he says. “But the strong support I have gotten from my franchise director has shown me that anything is possible. In few simple words:  Strong brand, training programs, ongoing operations support, marketing assistance, and purchasing power.”