Your Red River Shootout tailgating guide: All fried everything at the State Fair of Texas

Texas and Oklahoma have had a long-running duel matching up tradition-rich football and passionate fan bases (seriously, passionate). The Texas-OU game kicks off at 11 a.m. at the Dallas Cotton Bowl at the same time as the State Fair of Texas.  Unlike a typical pregame setting where fans spend the pre-game hours tailgating, fans from both schools mill about the fairgrounds in burnt orange and crimson, eating all manner of outrageous, but often outrageously delicious, fried foods.

Fried foods and fired up fans – you can’t beat it.

Because the game takes place at the State Fair of Texas, you could say that it's a tailgate scene like no other. There are selected hangout spots for those wearing crimson and cream, as well as burnt orange. It's not unusual to catch cheerleaders, band members and former players hanging out in those areas, either. However, the common ground between both sides is the food.

Here is a sampling of the more popular game day eats you can find on the Texas Fair grounds. And, hats off to the Cotton Bowl for taking a tailgate to the next level!

Oklahoma and Texas fans might not agree on a lot, but they're on the same page when it comes to the location of the annual game. There's a lot to be said for the pageantry of an on-campus game and the surrounding atmosphere, but the Sooners and 'Horns are plenty happy to meet in Dallas. 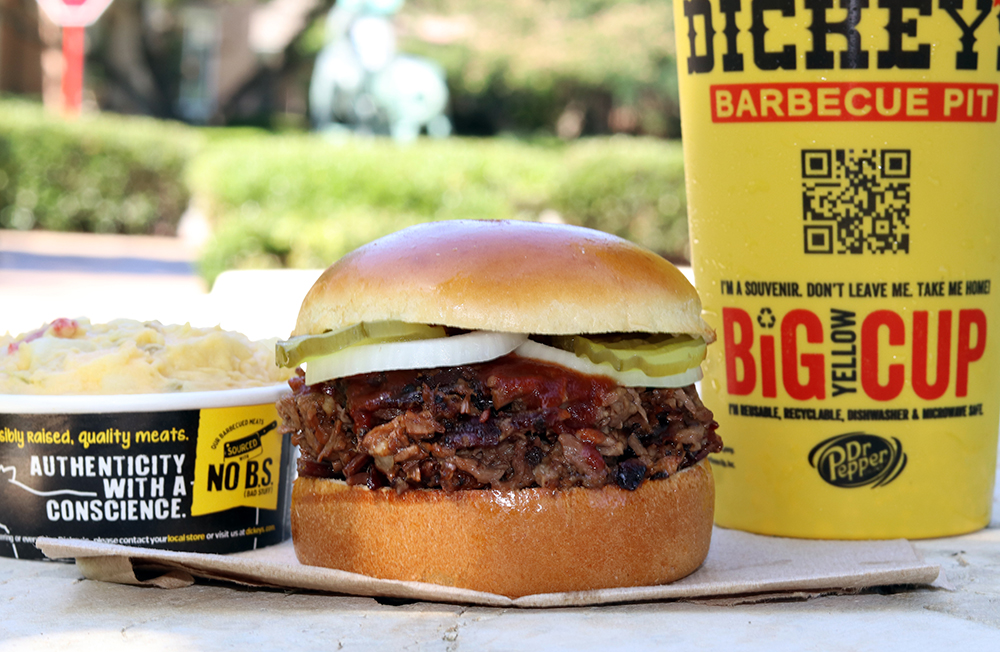