Dickey's Barbecue Pit is now serving traditional Texas barbecue in Washtenaw Commons. Will Kaufman and his wife, Rebecca, opened the franchise location in late October after another franchisee's agreement with Dickey's fell through.

The food business is brand new territory for both of them, but Kaufman says "I always had a desire to open a restaurant. My original vision was more of a mom-and-pop greasy spoon, but the more I looked into it, the more research I did, I discovered how hard it was for an individual restaurant to open and be successful." Will says Rebecca, who was prepping the kitchen for opening when we talked to him, was behind him all the way when he decided to make the career change from IT professional.

Will was born and raised in Ann Arbor, but his mother's family lives in Dallas. "Dickey's was one of mom's favorite places," he says. When he came across a Dickey's at an airport, "I saw a sign that gave a number [to call to learn] about franchises, so I gave them a call!" Permits had already been pulled for the previous franchisee, so Kaufman says the process was simple.

What makes Texas-style barbecue different? "Texas barbecue is a dry rub--it's not an overly sauced barbecue," he explains. "We leave the sauce up to the guests. We definitely like the flavor of the meat to speak for itself." Dickey's offers variations of brisket, pulled pork, chicken, and turkey all smoked on site, plus ribs and a jalapeno cheddar sausage that Kaufman says goes back to the first Dickey's in 1941.

The Kaufmans are drumming up business by offering 50 percent off to all first responders, plus free drink refills for life to anyone who buys a Dickey's "Big Yellow Cup." They hope to offer catering in time for the Super Bowl, and Kaufman says he has already signed a development contract for a second location, "hopefully downtown." 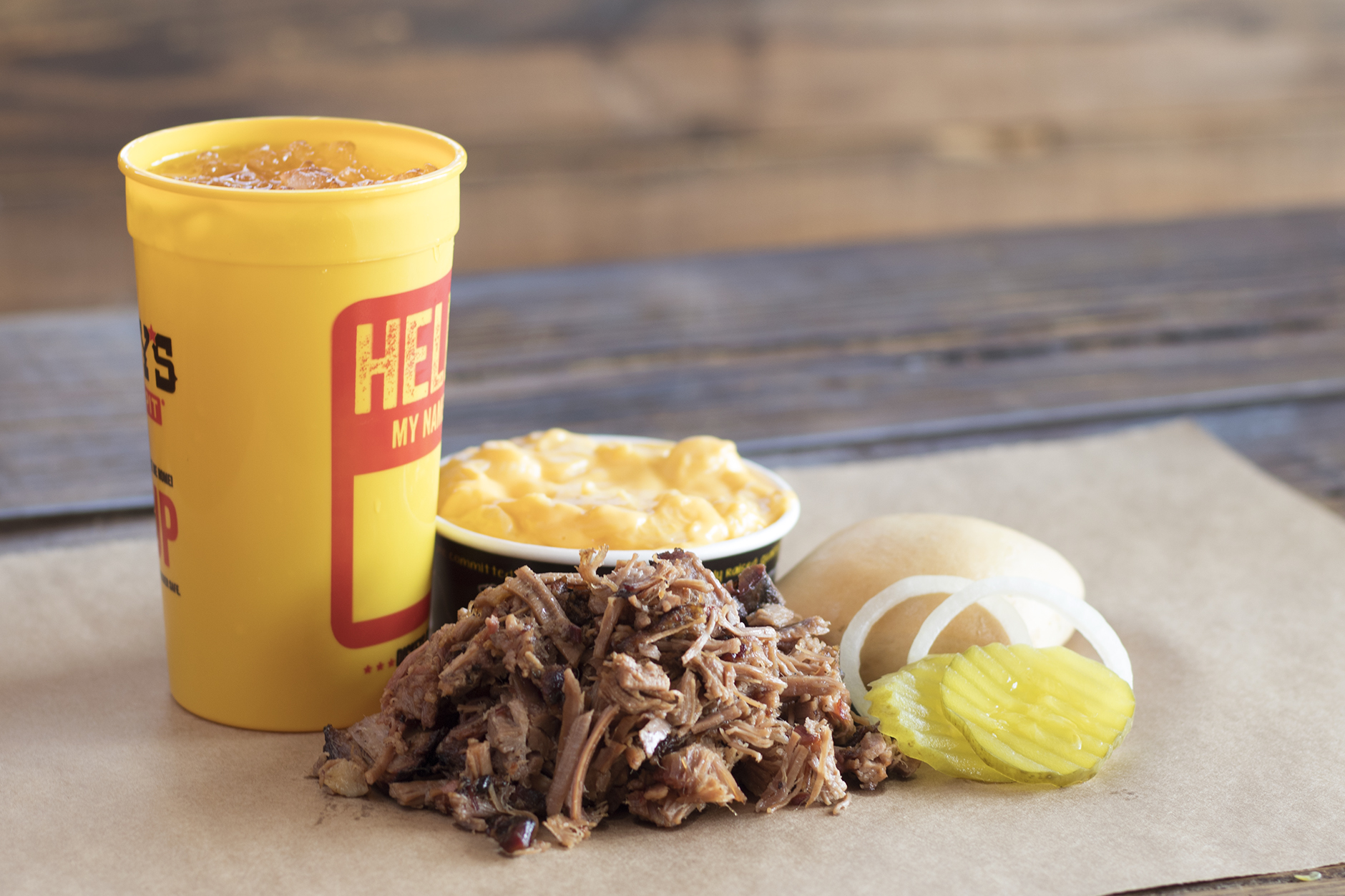