Behind the Barbecue: How Dickey's Is Meeting Changing Consumer Preferences Head-on

This story originally appeared on the Dallas Business Journal

The company, which has more than 480 restaurant locations, has temporarily closed some units because the restaurants were in non-traditional places, such as an airport, an entertainment venue, or the zoo, as it looks to meet demand and comply with shelter-in-place orders.

Dickey said that the Dallas-based restaurant chain has actively replicated its in-person experience for off-premise dining and has bolstered digital capabilities to improve the user experience. It has also pivoted, shifting its strategy to meet fresh consumer preferences.

Dickey spoke with the Dallas Business Journal about how restaurant employees have been affected, opening new locations and an overall shift in strategy.

How do you think consumer behavior will shift long term?

We've definitely seen a shift in consumer behavior in how folks are ordering and what they're ordering. Certainly, they're coming in and ordering higher ticket averages, but they are ordering for every few days instead of a single meal at a time. (Customers are) more coming into look for value as opposed to trial.

So, it’s, how can I feed my family for the weekend?

Or maybe this is their one trip out this week to get groceries, and Dickey's is on the list. We need to be able to meet their needs for a couple of days.

How have your employees been affected? Have you had layoffs or furloughs?

We've been very lucky not to have mass layoffs or furloughs. Instead, we reduced royalties the first day for our operating partners by 50 percent. We didn't abate them – just reduced them – because we knew that we would need in this industry that cash flow and that type of resource. We immediately did that to help our operating partners (so that they did not) have to also have furloughs and layoffs. We have had hours cut back for (some) folks, but we have not had to have mass layoffs in that regard.

What are your thoughts on Gov. Greg Abbott’s recent order that allows restaurants to open at 25 percent capacity later this week?

Slowly, we’re opening some locations, including our family-owned locations. We’ll open in partnership with the community guidelines. We will open in Dallas on Friday at 25 percent occupancy. For us being fast-casual, that's also not the tectonic shift that it is for folks that have full-service or casual dining, meaning that we don't have waiters or waitresses. … That evolution for us isn't there. Folks that are coming in are interacting with our pit crew in two minutes or less, and that is what our standard is. Then, most folks' average time at a table is about 20 minutes. On the high side, it's 30.

We expect the majority of our business to stay online and stay online for the coming months. I don't think that part of the business will actually recede. We may see dining rooms go back up, but that capacity will be reduced for the foreseeable future. We're working with those partners where it makes sense for the community and makes sense for the pit crew. Some locations have chosen for at least the next couple weeks ... to just do online business.

Is Dickey’s planning to open new locations in the next year or so?

Absolutely, we are still opening doors. We have actually opened several in the past couple months, and the (restaurants) have continued. They have stayed on. We have opened a location in Florida, in Nevada, and in Colorado. We talked to them. We're certainly willing to partner with an alternative opening schedule, and they have pushed ahead and opened to serve their communities. They have just opened with the majority of the online business.

Yes, we will continue to open restaurants. We have literally signed our 100th franchise partnership deal in the pipeline during the pandemic. That interest is there. The growth is there.

This interview has been edited for brevity and clarity. 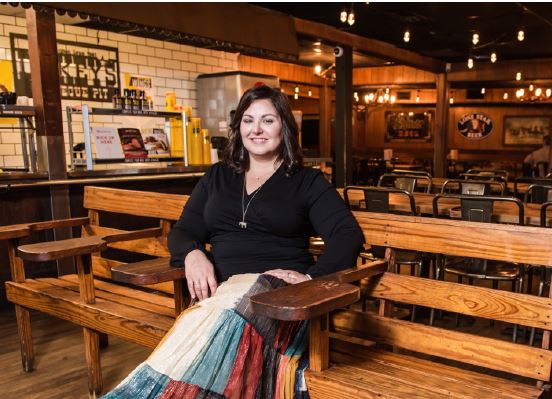