"Times New Roman";mso-bidi-font-family:"Times New Roman";color:#222222">Fans of Dickey’s Barbecue Pit in Dallas at the original location at Central Expressway and Knox/Henderson Streets will be delighted to know one is opening in Mabank on Cedar Creek Lake.<o:p></o:p>

The building at State Highway 198 and Mason Street is nearing completion so it should be open soon. The Cedar Creek Lake restaurant will be operated by Guy Newt, who has operated one of the franchises in Rowlett for a half-dozen years.

The Travis Dickey family of Dallas opened the barbecue restaurant in 1941. It is now the largest barbecue franchise in the nation. It began franchising in 1994. The Dickey family is still in charge.

Every Dickey’s cooks its meat in a hickory wood smoker so it’s the real thing, not liquid smoke. 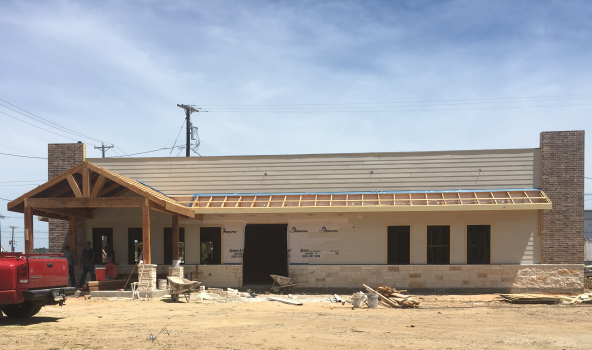