Elton and Denise Anderson are the new franchise owners of Dickey’s located at 116 E. Compton Blvd. [MAP] They opened their doors with gracious hospitality offering barbecue lovers four weeks of specials and giveaways, including free barbecue for a year for three lucky guests.

The Andersons bring 12 years of restaurant experience to the Dickey’s Barbecue Pit family. After looking for new franchising opportunities, Elton said he and his wife and business partner Denise, fell in love with Dickey’s delicious, slow-smoked barbecue and energized concept.

“Texas-style barbecue is something that we [did not] have in our area and we are thrilled to be the ones to serve Dickey’s barbecue to those in Compton,” Elton said.

Originally from Belize, Elton, who moved to California and after years of work in the IT world, decided to break into the restaurant industry with Wing Stop as his first franchising concept. After making California a home, he and Denise decided to bring Dickey’s Barbecue Pit to the residents of the Compton community.

“We are thrilled to have these experienced franchisees open their new location in Compton and look forward to their success,” she said. “At Dickey’s Barbecue Pit, we pride ourselves on serving our communities authentic, Texas-style barbecue which can only be done with amazing franchisees such as Elton and Denise Anderson.”

Dickey’s Barbecue Restaurants, Inc. was founded in 1941 by Travis Dickey. The Dallas-based family-run barbecue franchise offers several slow-smoked meats and homestyle sides. All meats are slow smoked on-site in each restaurant. The fast-casual concept has expanded to more than 550 locations in 44 states. 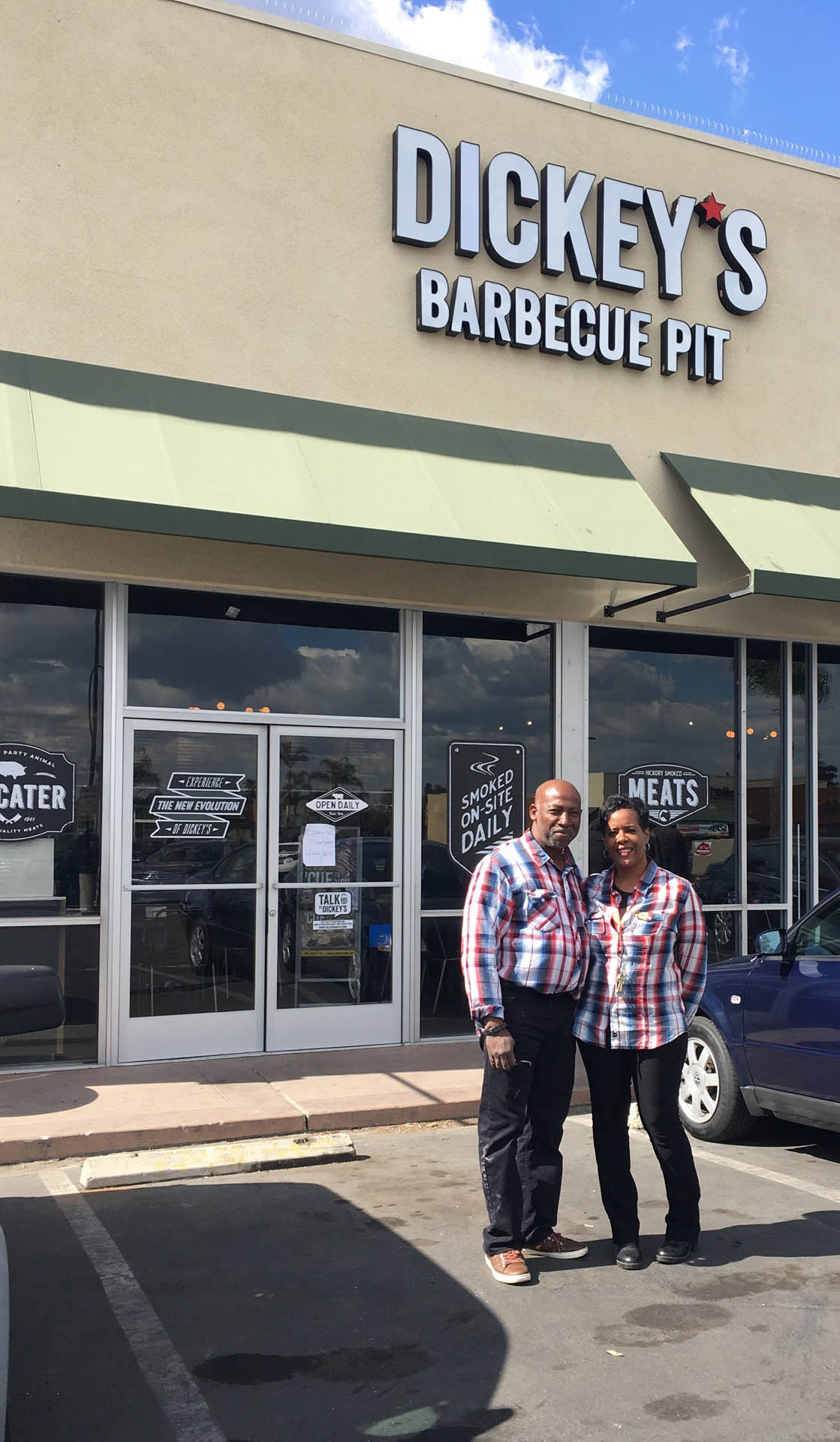