Dallas Business Journal: “Alexa, brief me on this customer:” How a Frisco company is bringing Amazon's Alexa to the enterprise

Three years ago, when Amazon introduced the voice assistant Alexa and accompanying devices like the Echo and Echo Dot, iOLAP Founder and CEO Chris Jordan was among the first wave of customers.

A big data and analytics consultancy, iOLAP already had a relationship with the Amazon Web Services side of the Amazon (Nasdaq: AMZN) equation. But right away, Jordan saw potential to bring this new consumer product to the enterprise world.

“We started playing with it to figure out — how can we use this same interface, but for business?” Jordan said. “The same types of databases that we’ve accessed for analytics purposes, let’s try to go after them with our voice instead of with a mouse or touchscreen.”

At first, it was all conceptual, then the company started building out a couple hypothetical proof of concepts. The idea gained some steam when Jordan got Dickey’s Barbecue Pit, a longtime customer, to sign on under proof of concept.

Then, last month, iOLAP’s progress got a boost when Amazon announced, at AWS’ re:Invent conference, a series of partnerships to bring Alexa to the business world. While other companies may look to streamline teleconferencing or use the Alexa for commands like turning on and off office lights, iOLAP will continue to focus its efforts on allowing customers access to their systems via voice commands.

“We’re told we’re the only people that are tackling that problem,” Jordan said.

As it applies to Dickey’s, iOLAP's approach means making a simple part of employees’ days easier. Traditionally, someone has to manually record the temperatures of the meat at certain points in the process, either by writing it down or entering it into the computer, Jordan said, which requires putting on an taking back off gloves. iOLAP built the company a way to have Alexa record the temperature employees tell it, a less disruptive process.

Another use case iOLAP is planning for involves the mobile salesperson, which could access a customer’s portfolio from anywhere with a command such as, “Alexa, brief me on customer X." And because Amazon allows the functionality of Alexa to be built into some apps – rather than run solely on the Echo or Dot – a sales team wouldn’t need additional hardware to gain voice command capabilities.

For iOLAP, the AWS partnership is the cherry on top of an impressive two-year run. Jordan founded the company in 2000, before the term “big data” existed, although the idea hasn't changed much: find cost-effective ways to store data and allow clients meaningful access to it.

A couple years ago, as growth had started to stall, Jordan brought in two managing partners, Don Mettica and Craig Rich. The two have fueled back-to-back years of about 45-percent growth. With a development team in Croatia, iOLAP now has about 175 employees globally.

“We changed our philosophy and our approach to the market from a technology focus to much more of a solving-business-problems focus,” Jordan said. “It’s resonated really well.” 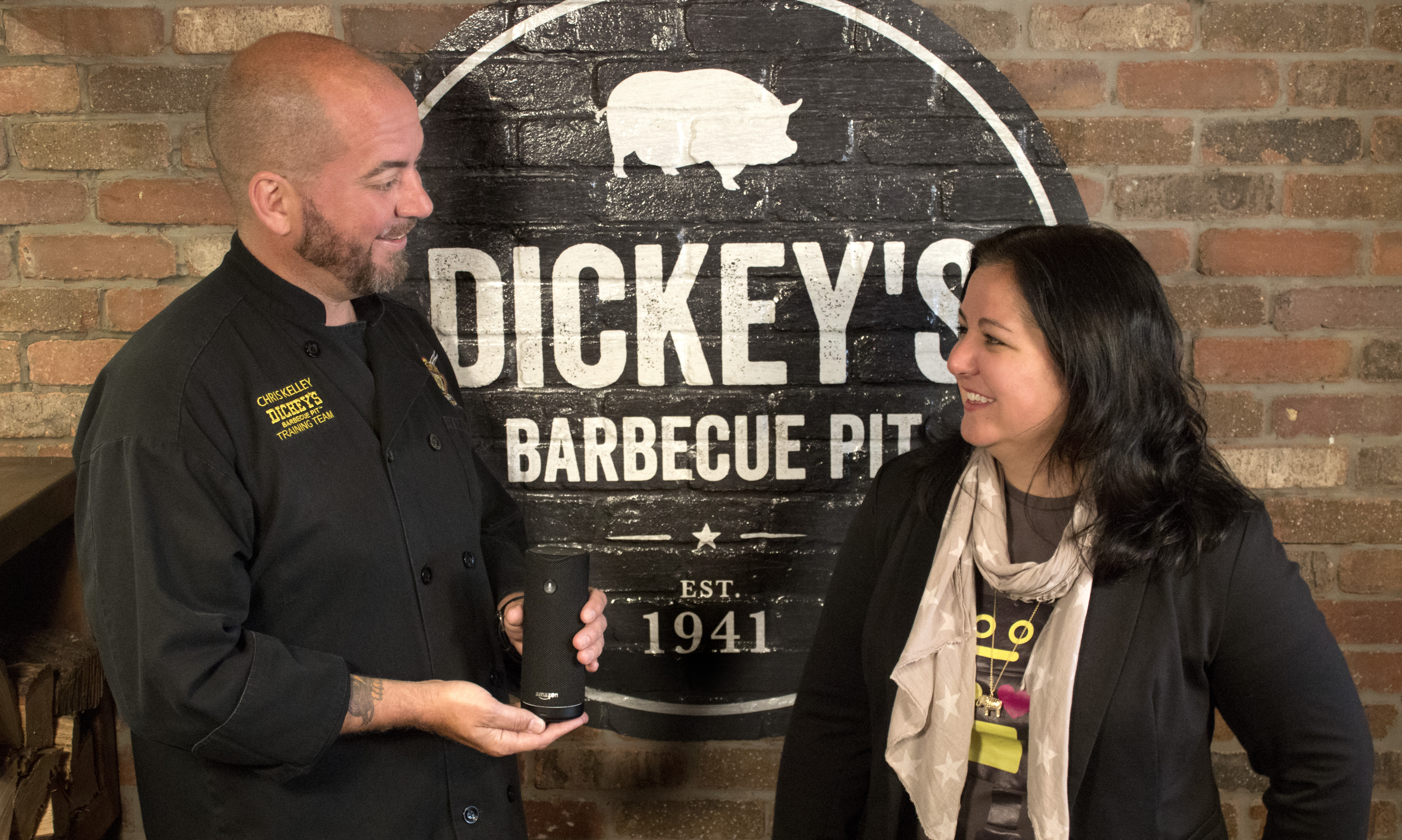