Ever heard your dad say something like, “Nobody throws a barbecue as good as me … my record is 21 feet”?

Think you can do better? Now is your chance to shine. In honor of Father’s Day, Dickey’s is hosting a Best Dad Joke Social Contest from June 7-21.

To enter, post your best corny dad joke on Facebook, Instagram or Twitter using the hashtags #DadJokes and #DickeysBBQ. Posts must be made public to be *entered into the contest. Then, be sure to follow Dickey’s Barbecue Pit on the social platform that you post your joke on @DickeysBarbecuePit. Gain a bonus entry by also posting a photo of dad with one of Dickey’s Big Yellow Cups! Dickey’s will select and announce the winner on all of its social platforms on June 21. The lucky winner, selected at random, will receive Free Barbecue for a Year!

“There’s no better way to celebrate Father’s Day than with Dickey’s, which is why we are excited to give away Free Barbecue for a Year!” said Laura Rea Dickey, CEO of Dickey’s Barbecue Restaurants, Inc. “Plus, who doesn’t love a good dad joke? We can’t wait to see everyone’s best dad jokes over the next few days. And don’t forget to surprise dad with our new Summer of Family Favorites. That way he can enjoy delicious Texas-style barbecue without the hassle of grilling for the whole family.” 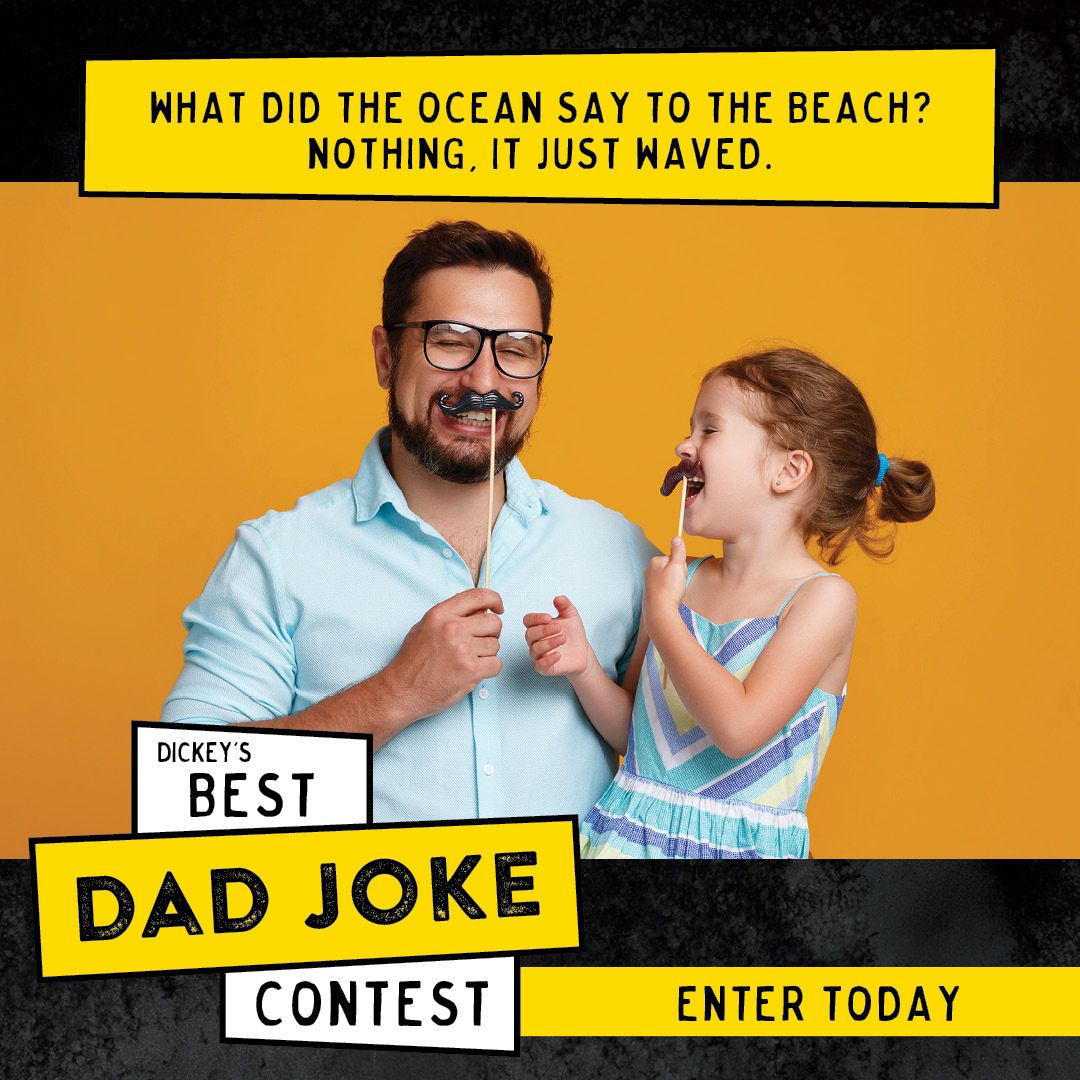