The launch of a new product line is a noteworthy event for any quick-serve. But for Dickey’s Barbecue Pit, its new potato chips are a mere side item to a meatier rollout: a foundation to benefit law enforcement officers and firefighters.

“Let’s coincide the potato chips with our Barbecue, Boots & Badges Foundation and take a percentage of the proceeds with the potato chips—basically our profits—and donate that back to the charity,” says CEO Roland Dickey, Jr.

Dickey’s mother Maurine had worked as a Dallas County commissioner for years, and in November, she announced the start of Barbecue, Boots & Badges. Dickey’s has served uniformed officers 50 percent off their meal for decades, and the new foundation built on that commitment.

“There’s a void out there and that’s what we want to fill,” Dickey says. “There is such a lack of law enforcement and firefighters’ charities. We’d been supporting some different veterans charities—and that’s an extremely worthy cause—but there are a lot of charities relative to the number of charities supporting law enforcement. So we decided this was where we were going to put our effort.”

The new potato chips—with flavors including original, barbecue, and jalapeño cheddar—will be available in all Dickey’s locations by March 1. In addition to a percentage of the profits going to Barbecue, Boots & Badges, Dickey’s has registered on the fundraising app, Give.Mobi. Using QR codes on the back of the potato chips and in stores, customers can donate to the foundation through mobile app. The company is also considering an option to donate at the point of sale as many grocery stores do.

Already the foundation has generated excitement and positive feedback.

“We are 74 years old, we have been franchising for more than two decades, and I’ve never seen anything be embraced so quickly, so wholeheartedly like this has,” Dickey says.

While the Dickey family already has strong ties to the Dallas community, franchisees and managers in other locations will promote the charity while reaching out to their local communities. By spreading the word about Barbecue, Boots & Badges, Dickey hopes more police officers, firefighters, and their families will seek support through the program.

“Already the requests for assistance from across the country are starting to pile in,” Dickey says. “It’s exciting, but it’s also kind of overwhelming to see just how many needs there are and how many folks out there could really use assistance.”

In light of recent controversies around firefighters and law enforcement, Dickey says it’s especially important to serve those who serve and make them feel welcome. 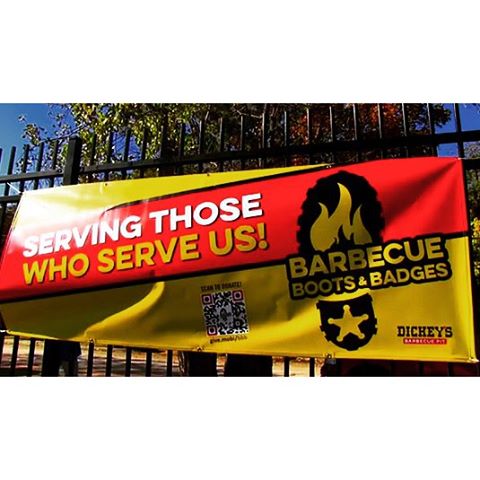