Just in time for the holiday travel rush, Dickey's Barbecue Pit has opened in Terminal C at Dallas Fort Worth Airport. Across from Gate 6, the restaurant features a full bar and is open daily from 5 a.m. until the last flight departure of the day, according to a company press release

"We're Dallas born and bred, so we're excited to be able to share our authentic, Texas-style barbecue experience with our fellow Lone Star natives and with folks who are just passing through," Roland Dickey Jr., CEO of Dickey's Capital Group, parent company of the chain, said in the release.

Morning commuters may also order a breakfast cocktail, including the Texas Breakfast, a spicy mixture of vodka, lime, simple syrup, sriracha and red bell pepper with a sprinkle of pepper. 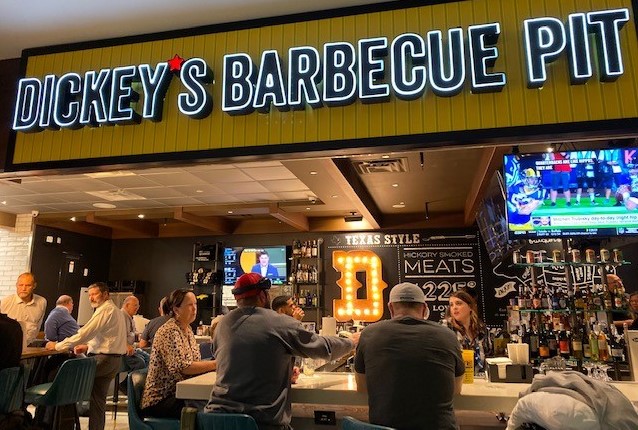