Fast Casual: Dickey's VP of IT teams up with franchisees to revamp tech strategy

Carissa De Santis, Dickey's Barbecue Pit's VP of information technology, is designing a technology roadmap with the help of a core group of franchisees.

Five owner-operators from across the country recently met with De Santis to discuss the company's technology strategy and the direction in 2020, according to a press release.

"I started in restaurant operations, so I understand the perspective of those who are working in-store and the impact that powerful technology can have on a store's success," said De Santis who joined the Dickey's family in June.

One of the first changes comes to the brand's website, which is getting a more simplified look and improved ordering process for guests. In addition, Dickey's franchisees will see improvements to their online ordering portal with functionality enhancements expected to roll out before the busy holiday catering season.

"I've always admired Dickey's innovative approach to technology, however seeing our feedback integrated first-hand is a big part of why I like the direction we're going," Darryl Weaver, a member of Dickey's technology advisory committee, who is a multi-unit owner based in Arizona, said in the release.

Before joining Dickey's, De Santis worked at TGI Fridays for nearly 20 years in various leadership roles and was named a Women in Restaurant Technology Rising Star at a Hospitality Technology conference in 2019. That is where she met Laura Rea Dickey, Dickey's Barbecue Pit CEO, who was accepting a Lifetime Achievement award.

"The level of experience and knowledge Carissa brings to our team is invaluable and we look forward to expanding on the success we've already been able to accomplish with our technology," Dickey said in the release.

Dickey's Barbecue Restaurants was founded in 1941, by Travis Dickey and has two locations in the UAE and operates over 500 locations across 44 states. 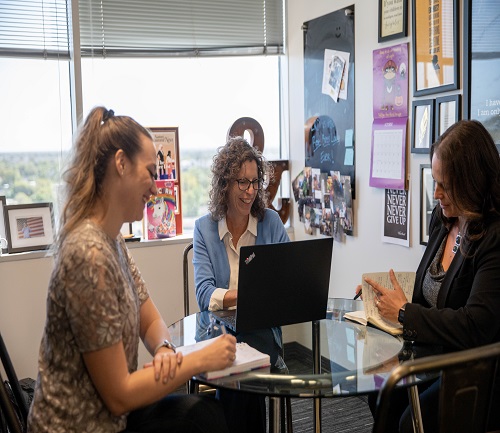