Professional football player Demar Dotson wants to bring barbecue to his team's city so the Tampa Bay Buccaneer teamed up with Dickey's Barbecue Pit to open a location in Tampa this year, according to a press release.

"I wanted to open a restaurant where I could fulfill my passion while also feeding my community pit-smoked barbecue," Dotson said in the release.

Dotson plans to open more Dickey's locations in the southern states and will run the locations during his retirement, according to the release.

"Dickey's Barbecue Pit is proud to have Demar Dotson join our family and open his first Dickey's location in Florida," Laura Rea Dickey, Dickey's CEO, said in the release.

"Dickey's is rapidly expanding nationwide and we are constantly looking for new owner/operators such as Dotson who have a passion for delicious, pit-smoked barbecue." 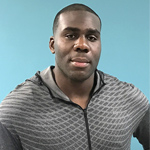