We're in the kitchen with the one and only Mr. Dickey of Dickey's Barbeque Pit. Mr. Dickey, along with Chris Kelly, the Dean of Barbeque University share tips on slow cooking brisket the Dickey's way.

All of Dickey's BBQ is Smoked on-site. You can't literally eat culture, but it sure is important to how mouthwatering our slow-smoked barbecue is. Our people, pit and practices are as much a part of Dickey's as anything we serve.

Dickey's has more than 550 locations nationwide including several here in Northwest Arkansas.

Before there were major highways in Dallas, Mr. Travis Dickey found a plot of land off the North Central Railroad and opened a Barbecue stand. Why was it called a barbecue stand? Because the place was so small people literally had to stand. In fact, if you visit the first location (still smoking today at the corner of North Central Expressway & Henderson) you'll see the 3 individual school desks used as original seating.

Our menu was limited. Brisket or ham sandwiches, chips and your choice of ice-cold beer, Dr. Pepper or milk. Mr. Dickey's sons TD & Roland grew one store into many and people found the food always good, always fast and always with a side of saucy, southern hospitality. Eventually, instead of just talking about the weather, people starting talking about opening their own Dickey's Barbecue Pit; and the Dickey family listened asking the best folks to join the family and open their own Dickey's Barbecue Pit.

Grandson Roland Dickey Jr., has grown our family to more than 550 locations nationwide and almost 360 family members, who locally own and operate their restaurants. In 2018 Dickey’s Barbecue Pit will become an international brand by opening our first overseas location in the Middle East. We're built on that same passion for people, for our practice and for the art of great barbecue that started this journey in 1941. This place is dedicated to telling that story – what makes Dickey's Barbecue Pit not just the biggest barbecue chain in the world, but also the best – The Practice. The Pit. The People.

The pits inside Dickey's Barbecue are always smoking. How else do we get that deep smoky flavor and fall off the bone barbecue? The answer is the pit. It's a process, not processed. From our secret brisket rub to the low and slow temperature, care and passion go into every bite of delicious barbecue that comes off the pit to your table. 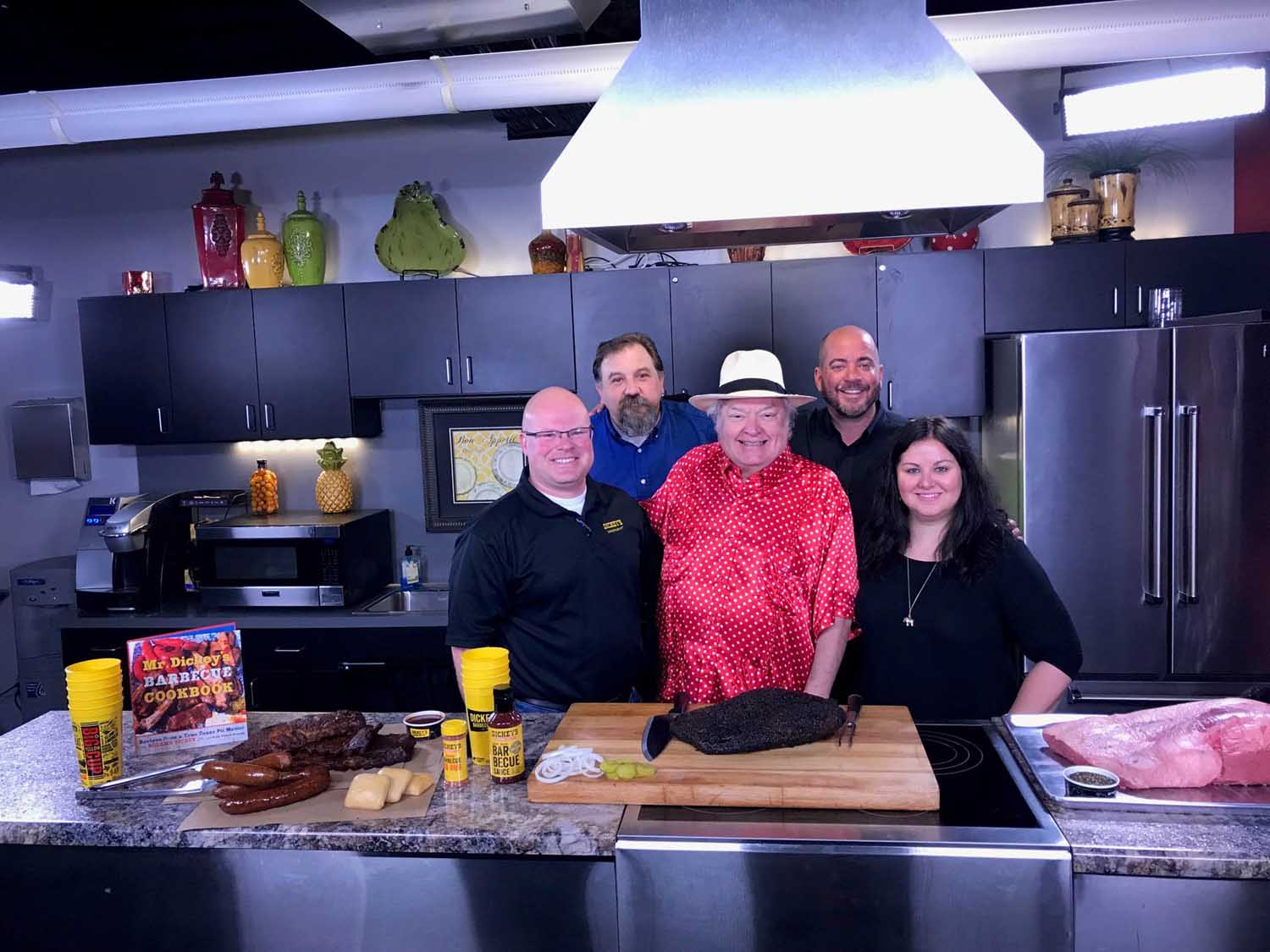