Make no mis-steak: owners of a soon-to-open barbecue restaurant are excited to bring the chain to Bozeman.

“Food and beverage has always been close to my heart,” co-owner Laurie Zabawa said. “I’ve always wanted a restaurant.”

Dickey’s Barbecue Pit is slated to open in January, Zabawa estimates. The Texas-style barbecue chain will be fast casual, with customers able to order at the counter and have their food ready to go by the time they get to the register.

There will be a drive-thru, indoor and outdoor seating and fire pits. Zabawa said she chose to open a Dickey’s because she liked the modern industrial design. She said it’s important to her and her fiance and co-owner, Mark Jones, that the restaurant be affordable.

“I think a lot of the businesses coming to Bozeman are fine dining,” she said. “We’re lacking something a little more casual.”

Dickey’s will serve almost every kind of barbecue meat you could think of, with slow-smoked brisket, pulled pork, ribs, chicken and turkey. Every meat plate comes with a buttery roll, and side dishes include baked potato casserole, mac ’n cheese and green beans. Meat is smoked on site every night for the next day.

Dickey’s has more than 500 locations in 45 states, with restaurants in Billings, Laurel and Kalispell, and this will be Bozeman’s first location. Between Zabawa and Jones, the two have managed or owned four businesses in the Bozeman area, and they said they’re optimistic opening a new business, considering the growth. The city can sustain a lot of new businesses, they said. They might even look at opening locations in other cities in Montana down the road.

The restaurant will be located at 1040 Fowler Ave., Unit 107, on the corner of Fowler and Huffine Lane near Rosauers. With a large rotunda and patio, Zabawa said it stands out. She’s excited to be at the quickly-developing part of town, she said, with good access to the university crowd.

“It’s just going to have great exposure,” she said. 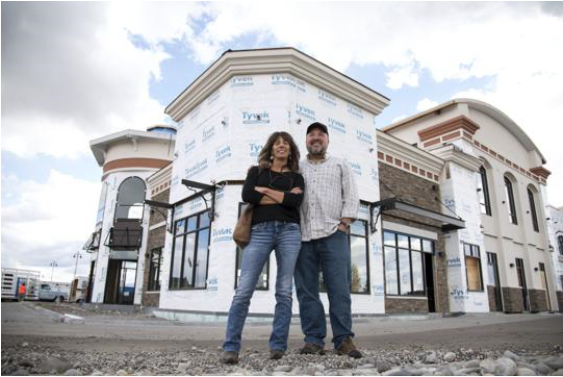