Wenrich, a Kansas City football fan for as long as he can remember, was thrilled when Arrowhead Stadium approached him about sharing Dickey’s slow-smoked, Texas-style barbecue with patrons of their venue. His first concession location opened during preseason and a second location will be opening soon.“We are excited to have this opportunity at Arrowhead Stadium,” says Wenrich. “Nothing goes better with football than delicious barbecue and we are proud to offer this to the fans at Arrowhead stadium this season and hopefully many seasons in the future.”

The concession stand will offer Dickey’s delicious, slow-smoked barbecue sandwiches, fall off the bone ribs, Frito Pie and crispy waffle fries. Though Wenrich is the owner of these locations, they will be run by Pit Boss’ Kip McVey and Michael Meade. 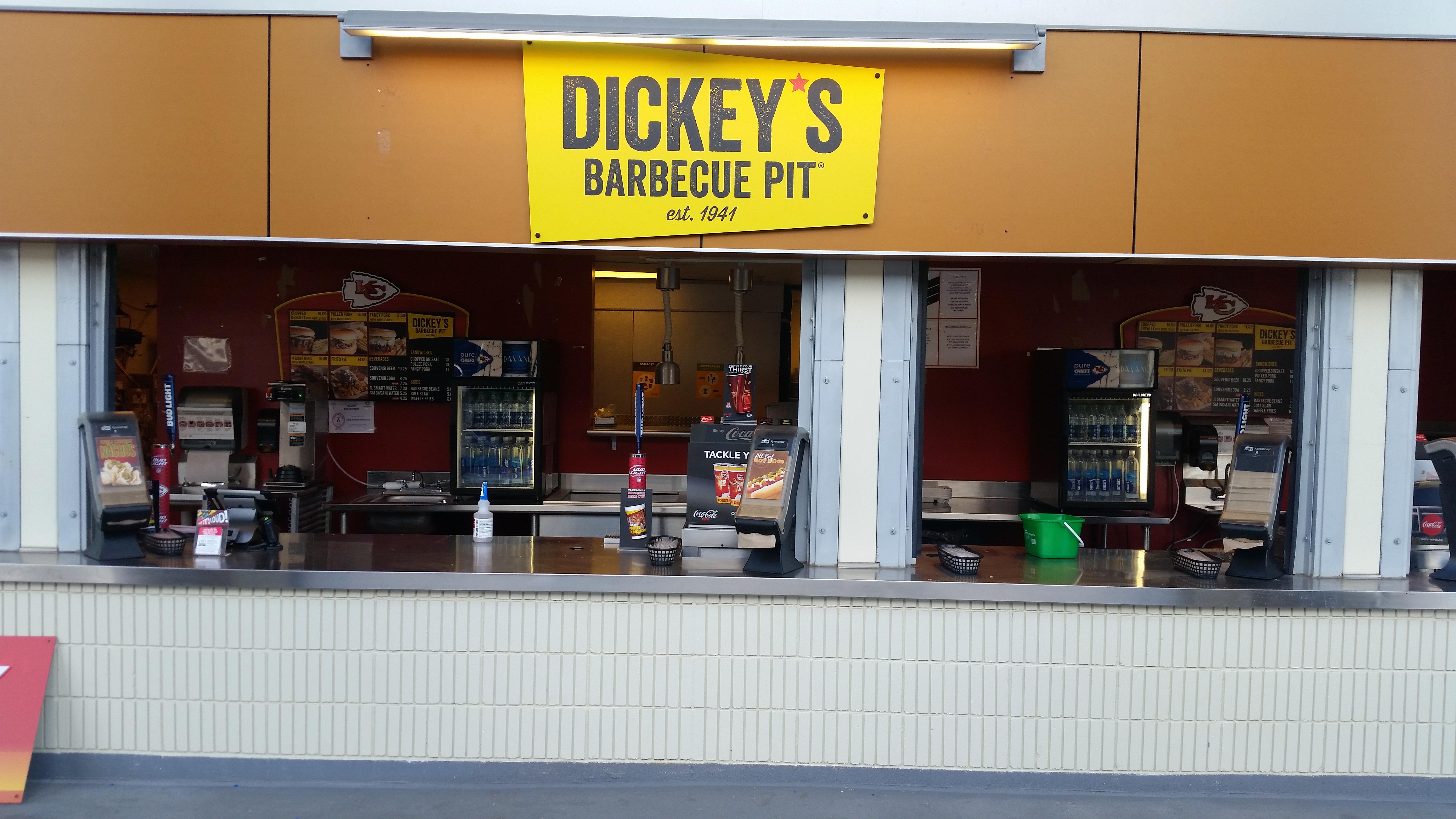