Rapid City Journal: Bangers and mash: comfort food from across the pond

As the weather turns cooler outside, inside many homes and restaurants, the stoves are heating up and cooks are turning to warm, comfort foods. At the top of the list often are soups and crock-pot specialties. One very simple, often overlooked item, at least until a certain holiday in March, is Bangers and Mash.

Made of mashed potatoes and sausages, it is sometimes served with onion gravy, fried onions, baked beans, or peas. It is mostly eaten in the United Kingdom, Canada, Australia, and New Zealand.

In Rapid City you can find it served locally at Dickey’s Barbecue Pit year round and at Sally O’Malley and Murphy’s Pub during St. Patrick’s Day. However, all agree it is a perfect dish for this time of the year. “It’s one of our best sellers,” says Dickey’s Barbecue Pit Manager Kade Johnson. “It’s a pretty hearty meal, with a mixture of mashed potatoes and meat.”

"For me it's the seasonings, not like a beer brat, but with lots of onion, caraway seeds. It comes off a bit more bold in flavor," says Amy Medina, cook at Sally O'Malley's.

Medina says for many of their Bangers and Mash customers, it is a nostalgic meal, like something grandma would have made. "We get a lot of older crowd that comes in over St. Patrick's Day, it's very homey for them."

Bangers and Mash is the familiar term for Sausage and Mash, a favorite British and Irish dish. The name bangers is believed to come from sausages bursting in the pan with a bang if they cooked too fast.

They say that Bangers and Mash is quick and easy to make, and as stated before very hearty.

Multicultural cooking network agrees, with origin of the name though the dates may vary slightly as to when the term was originally used. While some believe the term “bangers” has its origins in World War II, the term was actually used as far back as 1919.

Either way, "It's an acquired taste," says Medina.

At Sally O'Malley's, they serve theirs with a really nice sausage, seasoned mashed potatoes, and a cup of sauerkraut. Sometimes Irish soda bread is thrown in and it is most often accompanied by a dark beer. "The brave ones want Irish cream and coffee," says Medina.

Medina says she's seeing a trend with bangers and Mash that she doesn't with corn beef and cabbage, "The younger generation eats healthier, looks for more vegan options. As time goes on, it may pass."

But for now, it's a simple meal to whip up at home with plenty of online recipes to follow and perhaps a new generation will discover the intrigue of the banger. 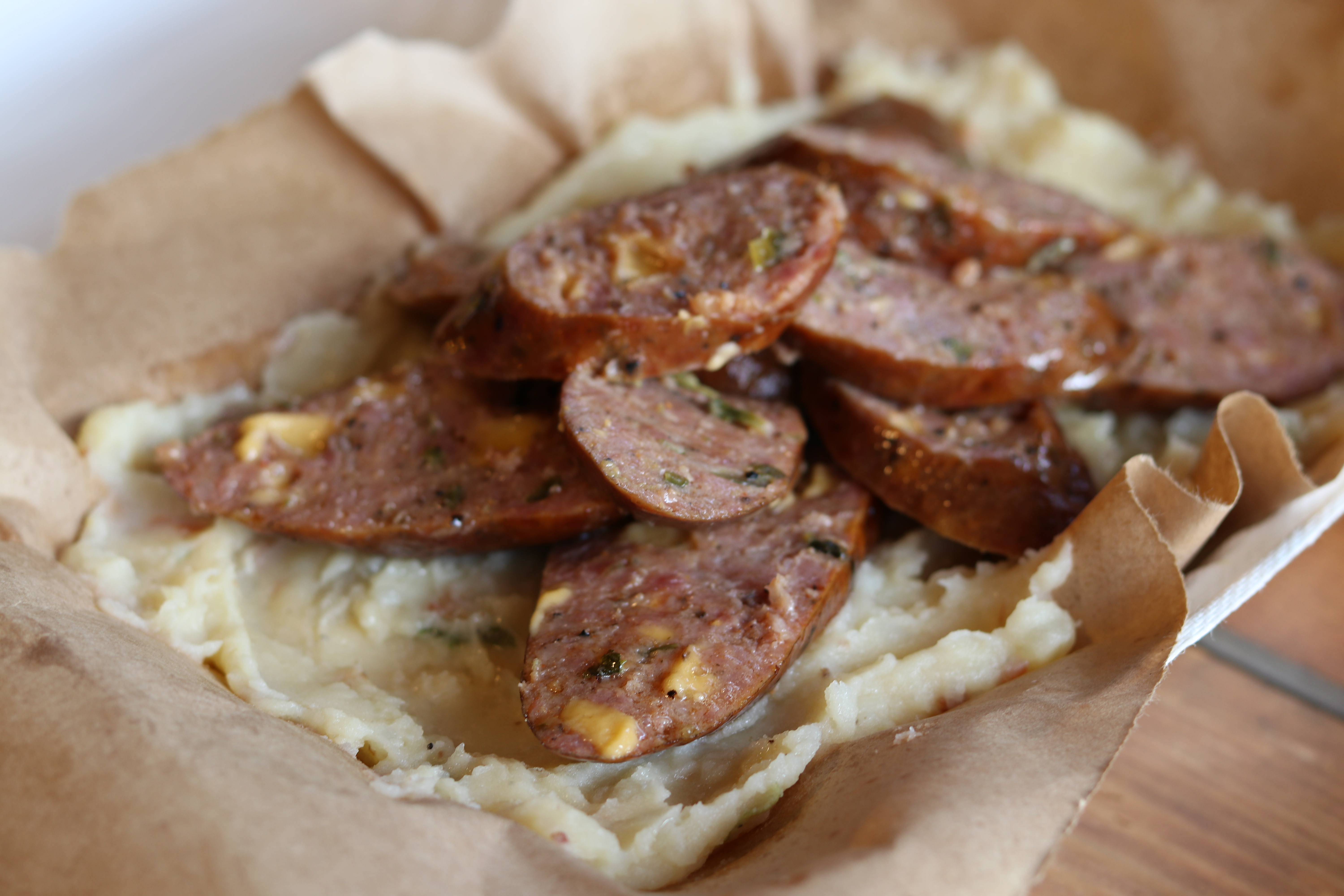