Restaurants Are Rebounding -- At Least Those With Carryout

The switch from negative to positive came so fast that it took the CEO of Dallas-based Dickey’s Barbecue Pit by surprise.

Laura Rea Dickey, who helms the chain of about 500 locations that serves spicy kielbasa sausage, pulled pork and chopped brisket, said sales plunged 38% from recent levels in March amid commerce restrictions to stop the spread of Covid-19. It was a rapid descent that she described as a “shock to the system.” But this “basement” has turned around faster than she expected.

“People are just breathing maybe a sigh of relief,” Rea Dickey said in an interview. “Whether that’s permission -- or comfort -- to go back to some of their normal.”

With some U.S. states reopening their economies, there’s growing evidence that cooking-at-home fatigued consumers are eager to order from restaurants again -- at least those that have social distancing built in via takeout or drive-thru. Some restaurants are also adapting their offerings -- think more family packages, fewer lunch specials -- to meet diners’ needs.

To be sure, the situation remains dire for many restaurants that are built around the dining experience, which are facing the double whammy of nearly empty dining rooms and lost liquor sales. And any gains could quickly evaporate if Covid-19 cases take a turn for the worse.

But companies that have built their business around delivery, at least, are seeing the payoff.

Michael Halen, an analyst with Bloomberg Intelligence, said April’s complete collapse -- casual-dining same-store sales fell more than 75%, according to MillerPulse data -- improved as the month wore on, “signaling better results in May.”

“Restaurant same-store sales bottomed in April and will improve in May due to dining room reopenings, cooking fatigue and cabin fever,” Halen said in a report. However, growth on a year-on-year basis isn’t expected until 2021 because of the spike in U.S. unemployment, he said.

Following the rapid changes in consumer behavior, restaurants have shifted gears by changing their offerings with an eye on keeping people fed beyond just one meal at a time.

Dickey’s, for example, has seen a big boost in selling meat by the pound and family-pack meals, which are now 22% of sales, compared with 11% pre Covid-19. In fact, they sold so many half and whole briskets that they had to ramp up their supply to meet the jump in demand.

“They wanted to be able to stretch that whole meat for the whole week or the weekend,” Rea Dickey said. 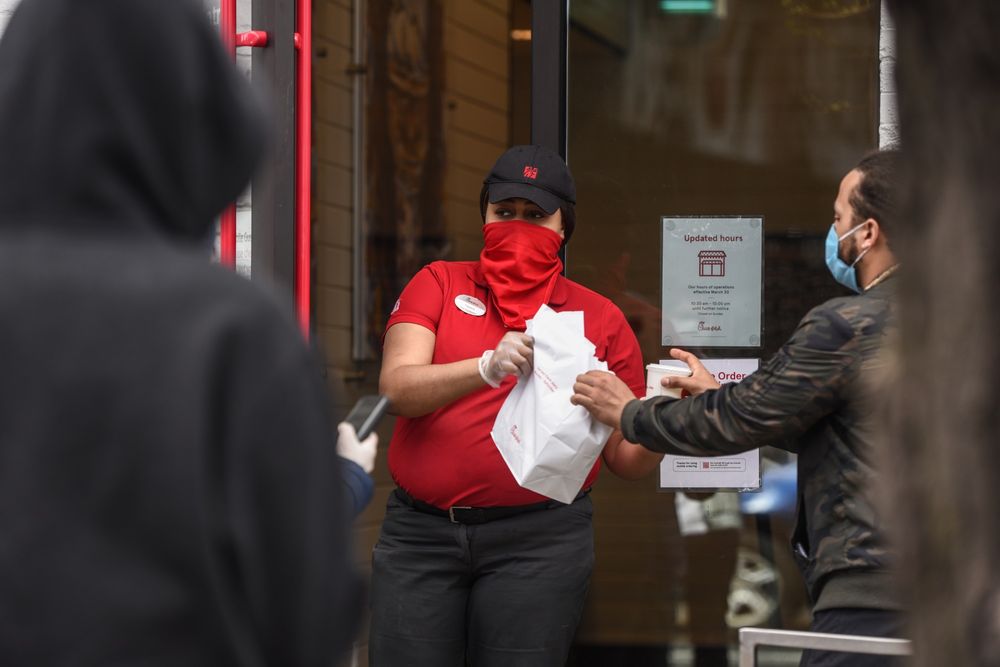