Dickey’s Barbecue Restaurants, Inc. is pleased to announce Barry M. Barron, Sr. as the new COO of Dickey’s Barbecue Restaurants, Inc. Barron joins Dickey’s with years of experience in executive leadership within the restaurant industry and beyond. Most recently, he held the Chairman/Chief Executive position for Buffet Partners Holding Company, the parent company of Furr’s Fresh Buffet. Prior to that, Barron was CEO for Red Mango USA, a well-known frozen yogurt and smoothie franchise. Barron also held executive leadership positions at ACE Cash Express, PepsiCo and Papa John’s Pizza.

As CEO, Barron oversaw the strategic restructuring of multi-brand restaurant conglomerate Buffet Partners Holding Company. He also led a strategic plan for Red Mango that resulted in the company being named number one yogurt and smoothie chain in America by Zagat. Barron, a published author, wrote Succeeding as a Chief Operating Officer, a book and accompanying webinar on executive operations that has been a helpful tool for executives nationwide.

“Barry’s combination of experience and expertise are a perfect fit for Dickey’s,” says Roland Dickey, Jr., CEO of Dickey’s Barbecue Restaurants, Inc.”  “Barry brings a breadth of experience in P&L and strategic planning to Dickey’s, and we look forward to his leadership as we begin the New Year with new goals and continue to expand the brand nationwide and beyond.”

“Dickey’s Barbecue Restaurants, Inc. is setting the bar for Fast Casual barbecue, and I am proud to join the team,” Barron says. “As a restaurant veteran, I have seen many concepts come and go, but with Dickey’s focus on quality, sustainability and real-time data, Dickey’s is the forefront in the restaurant industry.” 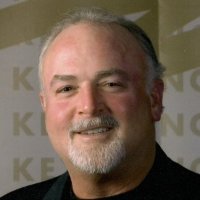