Silicon Angle: ‘Alexa, welcome to the office’: Amazon calls out voice as tech’s next big disruption

Alexa is headed to the office. Her job: reinventing information technology at every business.

Amazon.com Inc.’s cloud computing unit today announced that its voice assistant, currently residing mostly on its Echo line of smart speakers in people’s kitchens and living rooms, will be coming to business offices. Alexa for Business is intended to be used in conference rooms and other office settings, and Amazon’s hope is that they will usher in a new round of business-oriented applications that use voice as the key interface.

The move is an attempt by Amazon to reinforce its lead in voice assistants, which to date have been used for everyday things such as requesting to play songs, controlling a Roomba or calling an Uber. Apple Inc.’s Siri, Google Inc.’s Assistant, Microsoft Corp.’s Cortana and others view these smart speakers and services as both the next battleground for people’s attention and for a new generation of voice-driven applications.

For example, with integrations with phone systems from Cisco Systems Inc., Polycom and others, people will no longer have to type in conference I.D. to join meetings. Instead, they could say, “Alexa, join my meeting” and smarts behind it, knowing people’s calendars and the like, will connect them to the right call.

Vogels also highlighted integrations with business applications companies such as Salesforce.com Inc., so sales managers could ask, “Alexa, ask Salesforce which big deals closed today.” Or Splunk Inc. could enable answers to, say, “What were the sales totals for yesterday in San Francisco?” Other companies working with Alexa for Business include WeWork, Vonage, Capital One, Dickey’s Barbecue Pit and BMC.

“Our customers are capturing machine data and want to extend the value of that data to their business users,” said Jon Rooney, head of product marketing at Splunk. “We felt that building our own natural language platform and partnering with Amazon to bring data and insights to business users via Alexa for Business would be a great opportunity to accelerate this vision.”

It may take awhile for Alexa for Business to offer much help outside private offices and conference rooms, noted Mike Fitzmaurice,  vice president of workflow technology at Nintex, a process automation platform. “If a TV show can accidentally trigger Alexa, as has been seen on the consumer side, imagine what an open office environment would do,” he said. “Alexa in particular has not prioritized identifying individual voices, and while they just announced Alexa For You, we don’t know how well it works just yet, or whether it’s for security as opposed to just personalization.”

Still, he sees potential for it to work well for conference room technology, employee communication and submission of requests in lieu of forms that can be routed to other people for approval. “This is yet another workplace technology that will reduce barriers to action for employees, and it will increase productivity and efficiency in the long run,” he said.

But the implications for Amazon and business information technology alike are far broader.

Alexa’s transfer to the office also underscores Amazon Web Services Inc.’s attempt to corral more large enterprises to migrate to its cloud. Although AWS has cemented its lead in the base-level cloud computing, storage and networking services both with startups and an increasing number of large companies, most of the latter still have most of their core software and hardware in their own data centers.

To make more inroads into the entire $1 trillion-plus IT industry for which Chief Executive Andy Jassy has said he thinks his company can one day become the largest supplier, AWS needs to provide more services to make it easier for enterprises to move to the cloud. That will require higher-level services and applications such as Alexa.

Even more broadly, the move reveals Amazon’s recognition that artificial intelligence and machine learning will be driving much of the innovation in both business IT and even everyday access to the digital world going forward. The need to make sense of ever-increasing amounts of data produced by applications and machines are requiring new ways to help machines make their own decisions based on learning from data, rather than being explicitly programmed, using software known as deep learning neural networks.

“The interfaces of the future will be human-centered,” Amazon Chief Technology Officer Werner Vogels (pictured) said during a morning keynote Thursday at AWS’s annual re:Invent conference in Las Vegas. Vogels intimated that voice wouldn’t be the only new interface, suggesting that toothbrushes, for instance, could have sensors that provide haptic feedback on whether people are brushing correctly.

Vogels also made the case to software developers at re:Invent to consider it a new platform for business applications. “You can put Alexa into anything,” he said.

Alexa’s new role is also part of AWS’s attempt to make cloud computing simpler and make it accessible to more companies and their software developers. Vogels noted that since the first re:Invent conference in 2013, the company has added 3,959 major new features. “I know these 3,959 features and services can be confusing,” he said. 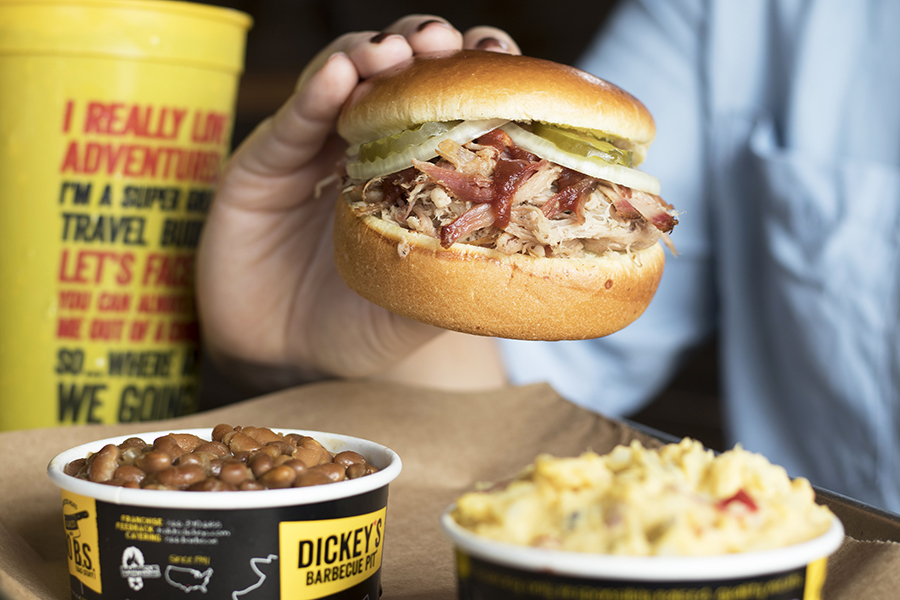