The East Texan covered the ribbon cutting of the Dickey's in Commerce, TX.

The Commerce Chamber of Commerce celebrated the expansion of business in the community with two ribbon-cutting ceremonies for the new gym, Commerce Fitness, and Dickey’s Barbecue Pit, under new ownership.

“I like it, I like it,” Dickey’s owner, Aaron Byrd said. “I like ribbon cuttings because it gives you a chance for everyone to come out.”

The ceremony began at 12 p.m. at the strip mall next to Braum’s with Commerce Fitness and ended next door at Dickey’s.

“I think the main thing is the reputation before, that I’ve heard…,” he said.

Byrd has ideas he aspires to implement to make the business successful and known around the area.

“There’s a lot of stuff,” he said. “Just getting out and making sure people know we’re open and trying to work closely with the university. I have some stuff working with the athletic department already, and making sure, you know, we’re benefiting the students as well.”

As for Commerce Fitness, the family owned and operated gym was put together in about two months and was opened on Jan. 14 by owners Chad and Julie Gentle.

“We try to give back to everyone in the community,” Julie said. “We have classes for the kids, Zumba on the weekends for free, we reach out to the seniors…”

The idea of a having and running a gym had been a dream for the couple.

“Literally one day Chad was sitting at Braum’s and somebody mentioned that this building was available and he thought ‘Uh, I can’t afford that,’” Julie said. “I’m like ‘Just call,’ and just that one phone call changed everything, and it just put a series of events into motion and here we are eight weeks later. It’s just surreal.”

The couple acquired the building in early Nov. and put in work to get it open.

“We worked from –we got the key Nov. 10 and we worked frantically,” she said. “We did all the construction ourselves; my husband, my son-in-law, and myself.”

With the gym having been open for almost three weeks, the owners have ideas planned for the future of the gym.

The couple envisions that the gym can be something beneficial to the Commerce community. 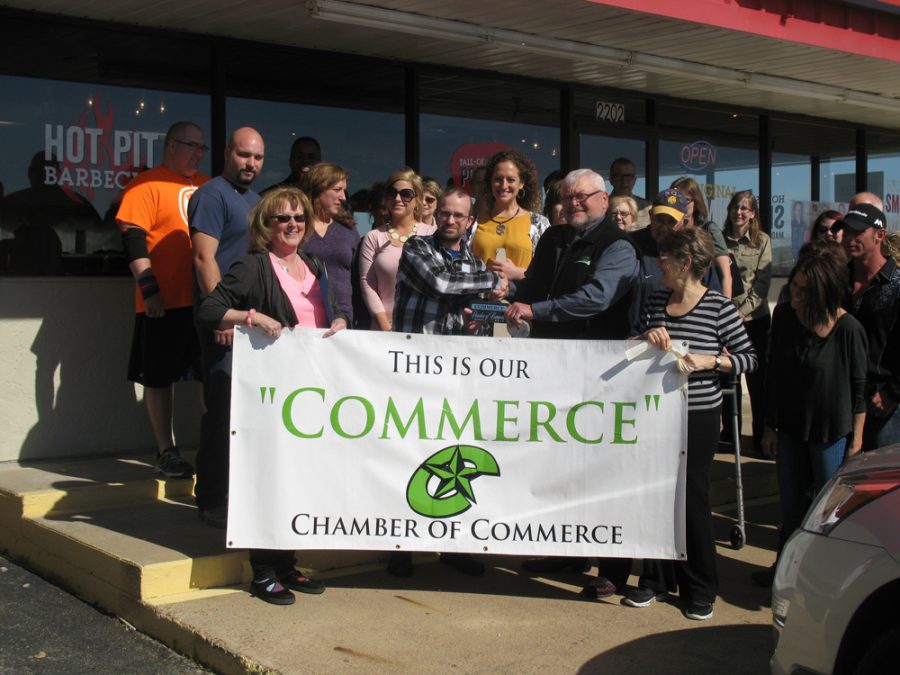