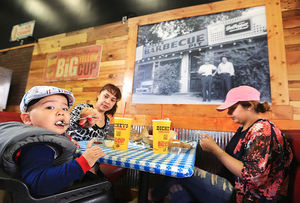 From The Grand Island Independent:

In 2012, Dickey’s Barbecue Pit opened in the Silverwood shopping plaza at Stolley Park Road and South Locust Street. In nearly four years, Dickey’s reputation has grown so much in Grand Island that the franchise owners decided to open a second location at 2120 N. Webb Road.

Owners of the Texas-based franchise are Richard and Cheryl Cochran. Their son, Andy Cochran, manages the new location, which opened March 10.

Andy Cochran said one of the prime reasons they opened their second location was customer demand.

“Every day, we get customers down there saying that, if you had a location on the north side of town, we would eat here more,” Cochran said.

It was also an opportunity to get new customers in northwest Grand Island who may have known about Dickey’s national reputation but were not aware of its location in the south part of town.

After discussing their desire to open a second location with real estate developer Ray O’Connor for several years, he arranged a spot for them in the Starwood Centre after Anytime Fitness moved to a new location. Both the Dickey’s restaurants are located in O’Connor properties.

O’Connor even accommodated the move by building a kitchen at the new location, Cochran said.

When Dickey’s first opened on South Locust, the restaurant was 1,800 square feet. They later expanded to 3,600 square feet. Now, at their second Grand Island location, they have 4,600 square feet to better serve individual customers, families or group special occasions.

Since the new restaurant opened, Cochran said their customers who wanted a northwest Grand Island location have backed their wish by dining there.

“We are able to cater to a lot more people,” he said.

At the new location, they can comfortably serve 130 people, compared to 90 people at the South Locust restaurant. Cochran said the new location is so spacious they are adding more seating.

With the bigger space, Cochran said, they have already hosted several large group gatherings, which would have been a challenge at the South Locust restaurant.

Cochran said the interior design of the restaurant is different from the one on South Locust.

“We have a little bit more fancier decorations here,” he said. “We also have the big, wide ceiling and walls.”

Cochran said they plan to put up signs of local businesses on the walls, like they have at their South Locust location, as a show of hometown support for industries and workers in Grand Island.

“These are the people that I feed every day,” Cochran said. “I want people who eat with me to feel comfortable and feel appreciated.”

What hasn’t changed, Cochran said, is the food, such as meat from the barbecue pit that’s cooked low and slow. The beef and pork are cooked for 14 to 16 hours until the meat from the ribs falls off the bones. When customers order a sandwich, they’ll see the meat, not just a bun.

He said the new location continues Dickey’s commitment to customer service and cleanliness.

Along with the two Grand Island restaurants, the Cochrans also have two locations in Kearney — on the corner of 42nd Street and Second Avenue and in the Archway over Interstate 80.

They also cater events from 10 people to 2,000. For a catering job, a week’s notice is preferred. They also have a food trailer that can serve community events or large catering events where everyone can eat when they please. 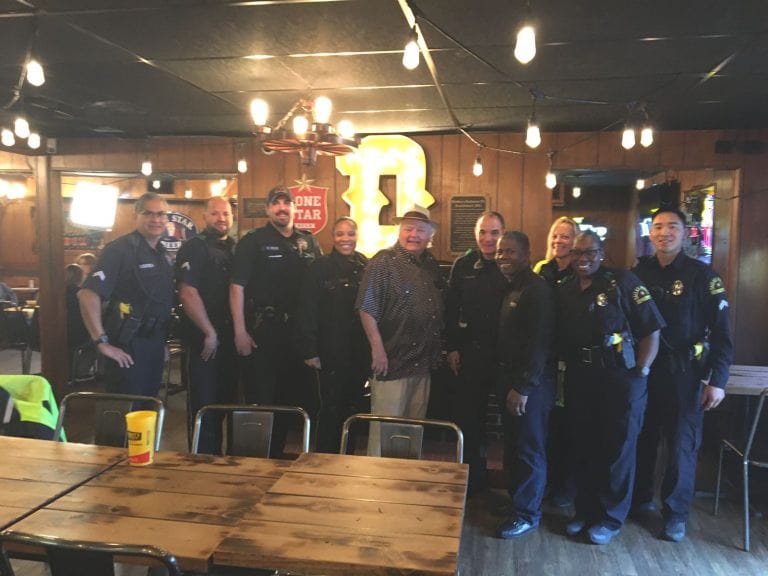 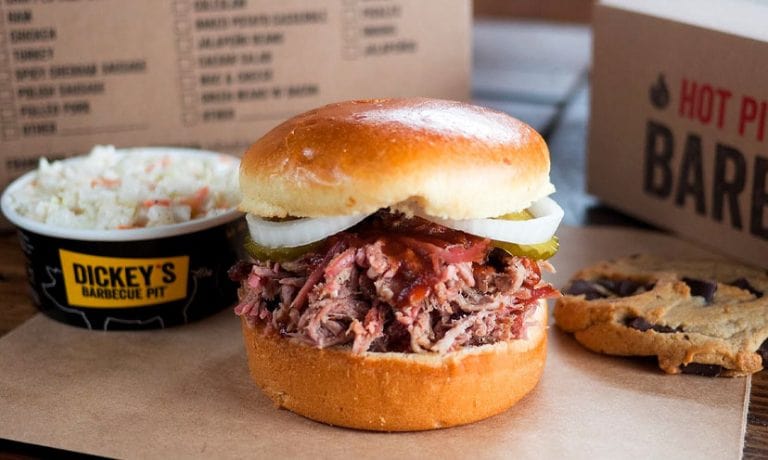 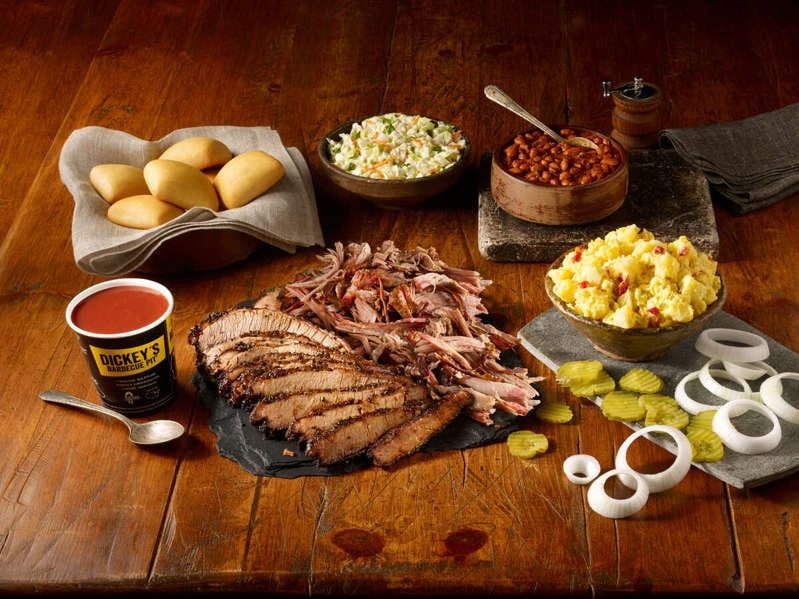