The Hanford Sentinel: Local agencies kick off Lunch with a Cop

The Hanford Sentinel posted a great article about this event, here! You can also check out the photos from it, here!

HANFORD – Getting to know local law enforcement officers can be as easy as having a cup of coffee or taking in a plate of barbecued ribs.

Earlier this year, local area law enforcement agencies took part in the national Coffee with a Cop initiative, which aims to help improve relationships between officers and citizens through casual meet and greets instead of waiting to interact with them only during emergencies or emotional situations.

In May, Coffee with a Cop was hosted at the Hanford Starbucks on Lacey Boulevard.

Wednesday, the program was extended to Lunch with a Cop, with officers from the area meeting with community members for lunch at Dickey’s Barbecue Pit in Hanford.

Plenty of people packed in for the two-hour lunch with local radio station KFUN (92.5) broadcasting live from the event. Officers came from the Hanford and Lemoore police departments, the Kings County Sheriff’s office and other agencies.

Hanford Police Chief Parker Sever, who was in attendance, said events like Wednesday are a good way for community members to ask questions they would feel hesitant to if they didn’t feel comfortable going down to the police station.

“It’s just a good informal way to get to meet people and ask us different questions you have,” Sever said. “People get to see we’re not statues and that you can talk to us.”

Sever said questions he gets are often about updates on local gang activity or what can be done about a speeder on their street.

He also takes the opportunity to let people know his support of Measure K, which is on the November ballot and is a sales tax measure that would help fund public safety. It fell just a couple dozen votes short on the June ballot.

“Since Sept. 11, we’ve gotten nothing but support from the community,” Sever said.

Sever said more events like Wednesday are planned with the hopes that it can happen every few weeks to give the people in the community more chances to come out. Sever said plans are to hopefully have the events at different restaurants each time. 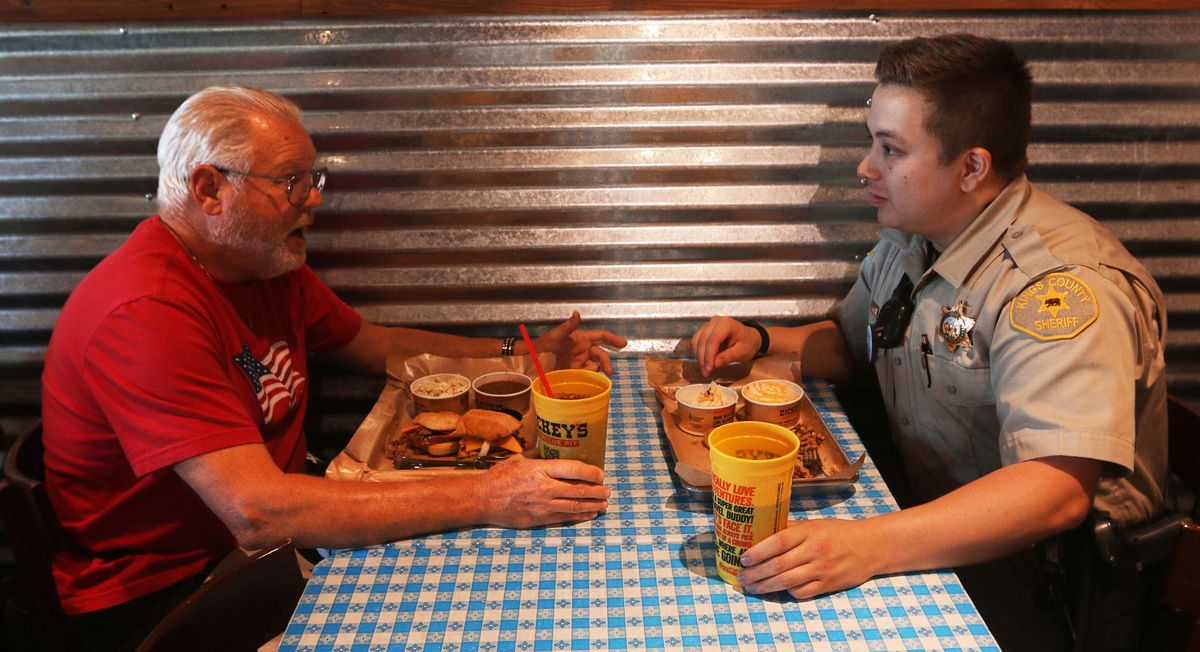