The Suburban Times: BBQ and the Art of Slathering

I first started buying from Dickey’s Barbecue Pit a few years ago, not because of the taste, but because I could buy complete Thanksgiving ham dinners at holiday time. I would donate the purchases from Dickey’s to Soroptimist or the Exchange Club of Tacoma. Since then I’ve bought pre-cooked items for a Rotary meeting at my home, and a deck party. For most people BBQ means ribs and the ribs from Dickey’s are “fall off the bone” good. They don’t have a lot of sauce on them, but Dickey’s offers three types of sauce in their restaurants. They differ in spiceyness. You can add as much sauce as you like to any of the BBQ selections. The ribs are my wife Peg’s first choice. She can buy a rib plate and have enough left-overs for breakfast.

We recently had lunch at the Sixth Avenue Dickey’s with our son Del and his wife Johanna. They both, along with their kids, love Dickey’s. I broke out of my mold and ordered something completely different: a baked potato. The baked potato is huge. Once cut open the server put two ice cream scoops of butter into the middle of the spud, followed by three scoops of sour cream, a sprinkling of cheddar cheese, bacon, and then topped it with the meat of your choice. You can ask for more butter, more sour cream, more cheese, more bacon . . . it goes on and on. For me the final topping meant chopped up Brisket . . . and a helping of onion “tangles.” I could not eat the entire potato. I did eat all of the Brisket, however...

They say the best BBQ brisket comes from Texas. Dickey’s Barbecue Pit is a family-owned American barbecue restaurant chain based in Dallas, Texas. Locally, they have restaurants in Tacoma and Puyallup. The meat is good, the prices reasonable, and the servers are friendly. Y’all come! 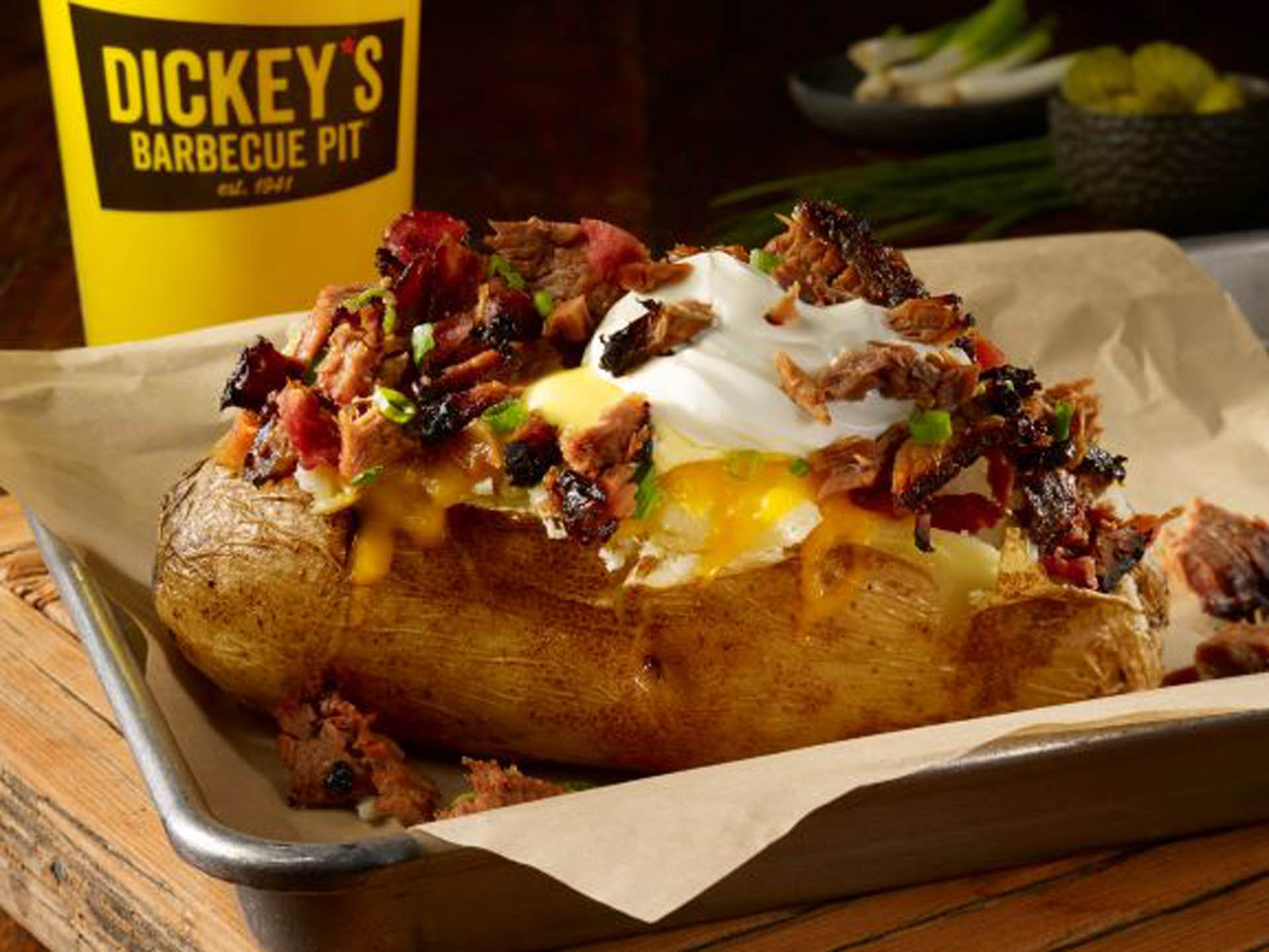