U.S. Fast-Food Chains Are in No Hurry to Reopen Dining Rooms

Read the full article on Bloomberg.com

While some U.S. states have given the green light for restaurants to reopen their dining rooms, some fast-food restaurants are in no big rush to do so.

That’s because there’s a lot of effort and expense involved in preventing the spread of the coronavirus.

Dickey’s Barbecue Pit Inc. has reported a return to positive sales recently. The chain has opened one-fifth of its restaurants in eight states. Though it could open more of its roughly 500 locations, it says it’s being “extremely conscientious in opening dining rooms” and is working with each restaurant to make sure the time is right. In the meantime, those locations are still doing carryout and delivery. 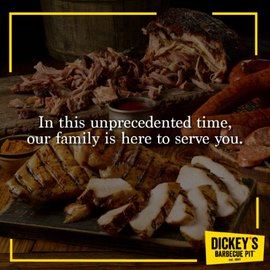