Florida continues to be a hot market for Dickey's Barbecue Restaurants, as a new development agreement has been signed for three stores, according to a company press release. Owner/Operator Tim Hershberger has already opened one in Pensacola, with plans to open another in the same city and a third slated to open in Fort Walton Beach.

When both stores open in 2016, they will cater heavily to military personnel living on and around the local bases, said Roland Dickey Jr., CEO of Dickey's Barbecue Restaurants. A retired Air Force Lieutenant Colonel, Hershberger has close ties to both the Navy base in Pensacola and the Air Force base in Fort Walton Beach.

"After being in the military for 30 years, this has been one of the most challenging things I've done on this large of a scale," Hershberger said. "I've gotten tremendous support from my area director and other franchisees and I'm grateful for all the ongoing resources that Dickey's offers."

There are nine Dickey's Barbecue Pit locations in Florida, and the barbecue brand is growing rapidly in the Sunshine State. Dickey's offers incentives for veterans looking for their next career, as well as multi-store benefits to all potential owner/operators, Dickey said.

"We at Dickey's are dedicated to the success of our franchisees," he said. "We are especially proud to support our nation's veterans by offering a discount on franchise." 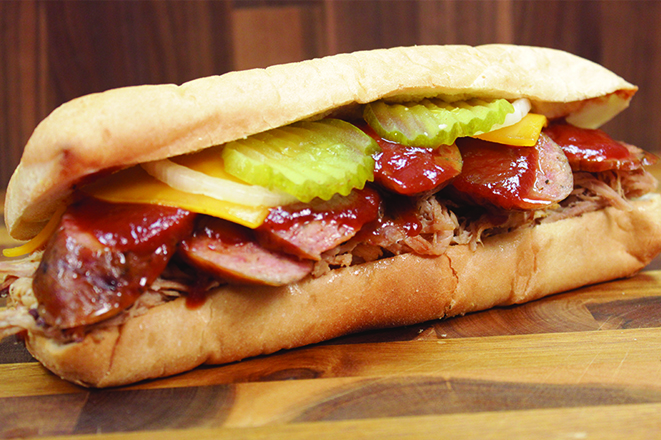