Brisket pork and chicken sandwiches, loaded mashed potatoes, Mac and Cheese, coleslaw, and potato salad. Are you hungry yet? No worries – Dickey’s Barbecue Pit is set to hit Food Truck Friday with their classic Texas-style barbecue on Sept. 6. As a part of the nation’s largest barbecue chain, Dickey’s began in 1941 when Travis Dickey opened the first Dickey’s Barbecue Pit in Dallas, Texas, according to their website. It began as a family business, and it was passed down to Dickey’s sons, Roland and T.D. Dickey, in 1967. It spread throughout Texas and, in 1994, the United States. Now, Dickey’s has over 500 restaurants in 44 states. Jared Trapp, the owner of the Eau Claire location, bought the restaurant around two and a half years ago, he said. This is his second year at Food Truck Friday, and Trapp said he’s excited to be back. “I usually go around and talk to other vendors,” Trapp said. “It’s nice to see people.” Of all their Southern meal options, their top seller is hands down their Mac and Cheese, Trapp said. You may know Dickey’s from Country Fest, Rock Fest, Ashley for the Arts, Cinder City Days, Rock’N On the River, and the Half Moon Dragon Boat Festival. Dickey’s Barbecue Pit is known for their “brand of Southern hospitality,” and the fact that all meats are smoked on site. 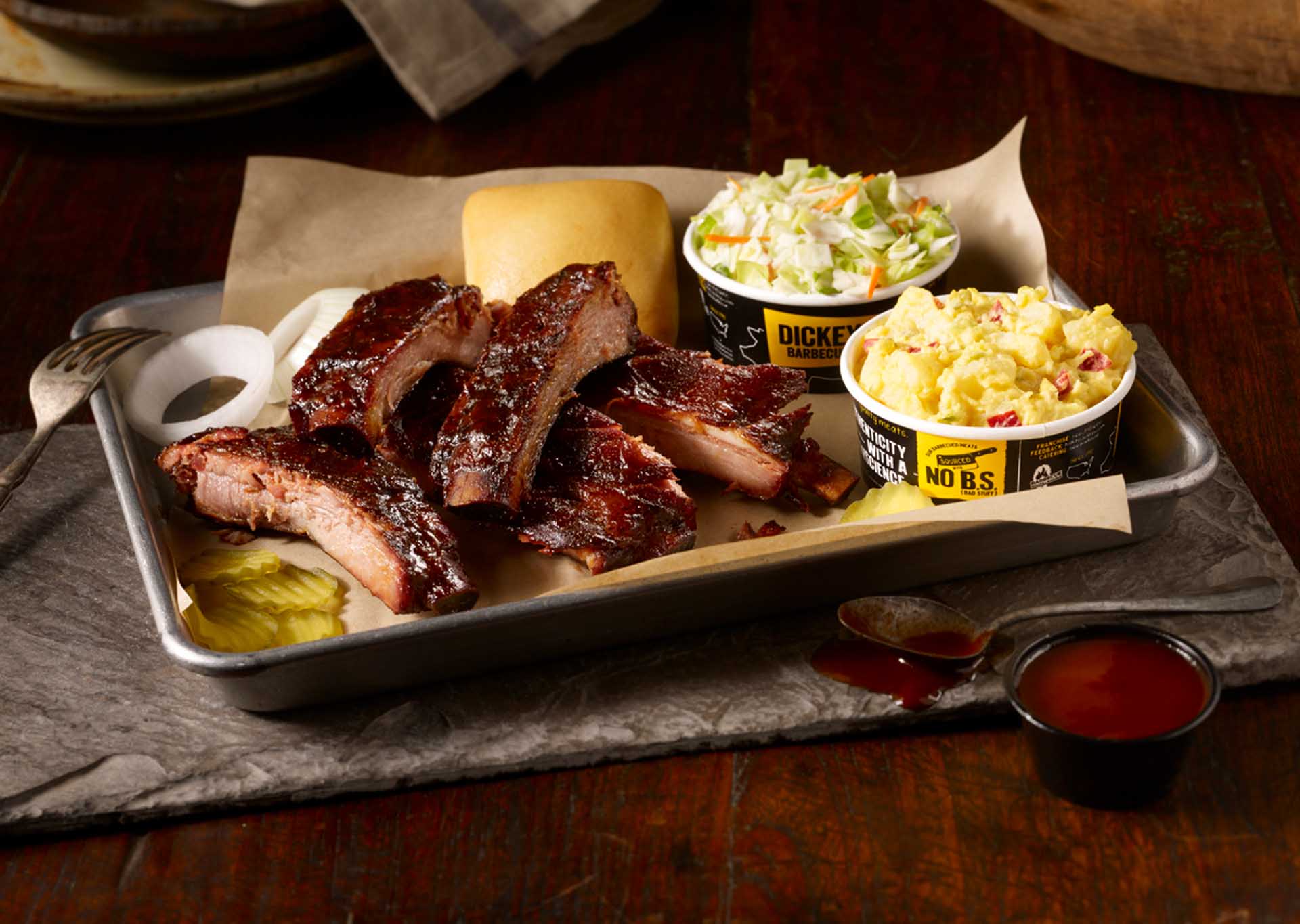