Dania Beach, Florida – South Florida’s successful business owner and the franchise owner of Dickey’s Barbecue Pit restaurant, Peter Juris is now set to open a new Dickey’s Barbecue Pit in the multi-million dollar development at Dania Pointe in Dania Beach Florida. The new location will bring the best barbeque food in America to a diverse customer base. The restaurant is set to open its services in the mid-summer of 2019 and has since become a widely anticipated event in the Dania Beach area.

Speaking at a recent press meet, Roland Dickey Jr., son of the founding family from Texas was quoted as saying, “Dickey’s Barbecue Pit has long been known for its delicious beef brisket, pulled pork, St. Louis style ribs, polish sausage, spicy cheddar sausage, smoked turkey, double dip sandwich, pecan pie, brisket Mac stack and marinated chicken, many of which are decorated with an extensive array of home-style sides. With the opening of this new restaurant, we are hoping to give the people of Florida a chance to appreciate the best barbecue taste of America that has kept our customers wanting more and more for decades now!”

Opening in the heart of South Florida’s tourist mecca Dania Pointe, Dickey’s Barbecue Pit restaurant will carry on their rich legacy of quality; hickory-smoked signature meats. Continuing on from their father’s legacy, brothers Roland and T.D. Dickey have expanded Dickey’s Barbecue Pit throughout the Dallas Fort Worth area to a point where it has become a popular choice for ordering mouthwatering hickory-smoked barbecue for popular catered events in all around Texas.

Serving more than 500 locations in 44 states in the United States, Dickey’s Barbecue Pit is known for its varying set of Dickey’s Legit Texas Barbecue in addition to exemplary catering and delivery services with a variety of offers always on the horizon. Their recipes have been handed down for generations coupled with the same brand of southern hospitality, that is now serving a much larger number of customers. 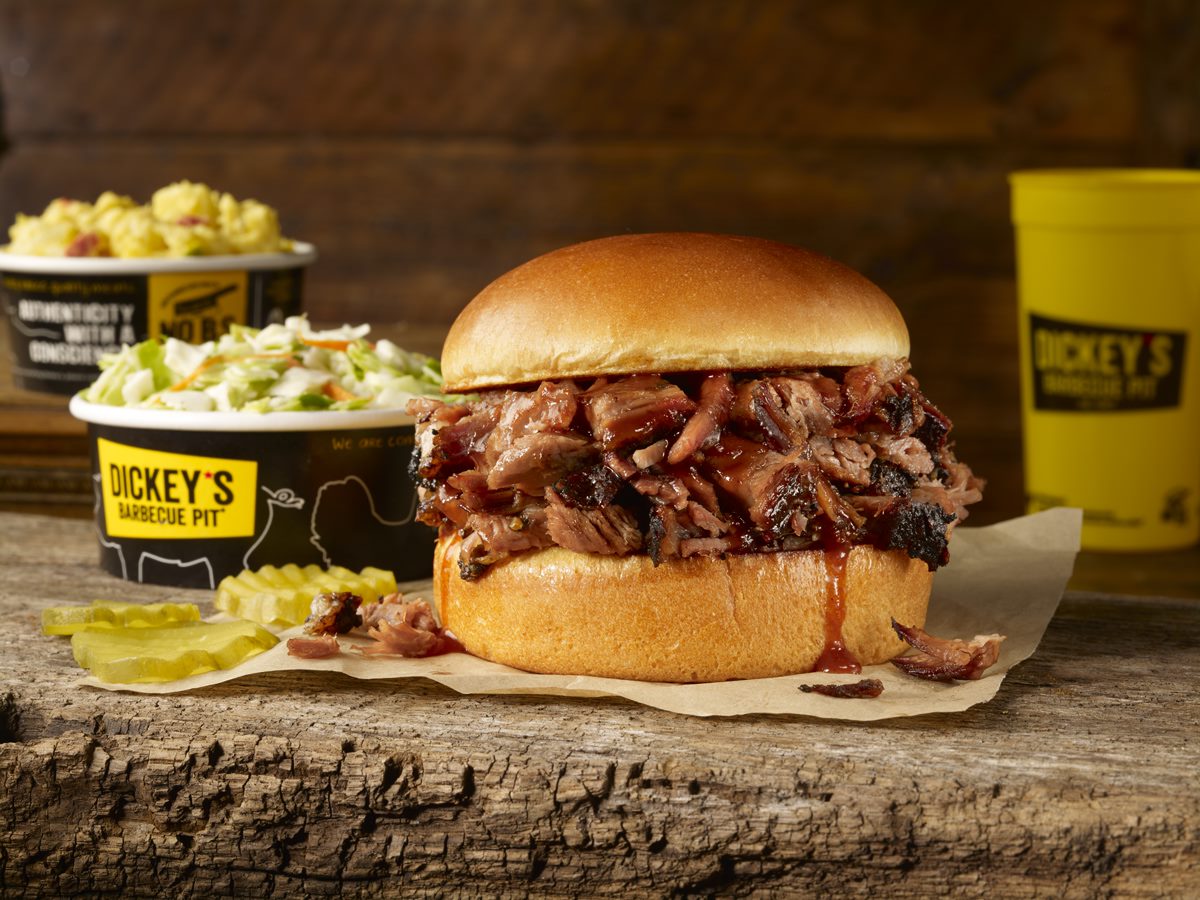