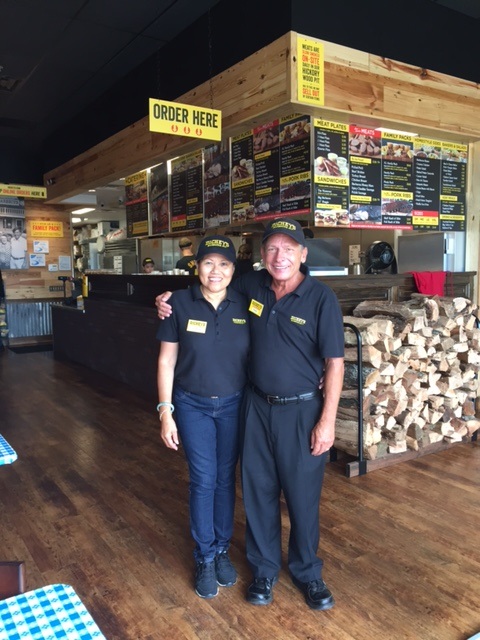 After a long career as senior operations manager for the Navy Exchange, Frank Ilderton of Panama City embarked on a new career as a franchise owner with Dickey’s Barbecue Pit. Having spent the last 15 years working in Hawaii, Frank had some idea of geographic amenities he might like.

Frank recently opened his new store in Panama City Beach, and has already received critical acclaim in the resort town. He was just featured in Panama City News Herald, where he was quoted several times and received an excellent review.

Starting a business can be a daunting endeavor, a fact which our franchisees understand well. When Frank made the decision to start his business, he knew he wanted to open a franchise with a national brand that provided thorough support, from training to ongoing marketing initiatives. Frank found Dickey’s through Restaurant News, and was immediately impressed. He interviewed other franchise owners and his choice was clear.

Now that he has graduated Barbecue University, Dickey’s four-week training course for owner/operators, and had an extremely successful grand opening, Frank is ready to thrive in the restaurant business. “My favorite part by far is my guests’ satisfaction with Dickey’s quality products and great taste, “he says. “I make it a point to be in the dining area and talk to each guest every day. It’s a great feeling to get their positive feedback and build that customer loyalty.”