(Dallas, TX) Dickey’s Barbecue Pit urges fans to share how they fuel their gameday as part of its new contest in search of America’s ultimate tailgater.

From now until January 20th sports fanatics can enter to win a delivery buffet for up to 25 people to enjoy for the big game on February 2, 2020.

To enter the contest, football fans share how they celebrate gameday on Instagram by following Dickey’s Barbecue Pit and tagging Dickey’s on their epic tailgate post with the hashtag “#CueMyGameDay”. Full contest rules are available here .

To further celebrate football season, every weekend through the rest of the year football fans can order Dickey’s barbecue straight to their door with no delivery fee on Dickeys.com or through the Dickey’s app powered by DoorDash.

“Whether your plans are to kick back and watch your favorite team or celebrate the holiday weekends with your loved ones, our goal is to be a part of the memories you make, never interrupt them,” says Dickey.

Dickey’s Barbecue Restaurants, Inc., the nation’s largest barbecue chain was founded in 1941 by Travis Dickey. For the past 78 years, Dickey’s Barbecue Pit locations across the nation have served guests Legit. Texas. Barbecue.™ At Dickey’s, all our barbecued meats are smoked on-site in a hickory wood burning pit for up to 14 hours. The Dallas-based family-run barbecue franchise offers several slow-smoked meats and wholesome sides with 'No B.S. (Bad Stuff)' included. The fast-casual concept has expanded worldwide with 2 international locations in the UAE and operates over 500 locations in 44 states. In 2016, Dickey’s won first place on Fast Casual’s “Top 100 Movers and Shakers” list and was named a Top 500 Franchise by Entrepreneur in 2018. Dickey's Barbecue Pit has also been recognized by Franchise Times, The Wall Street Journal, QSR Magazine, Forbes Magazine and Nation's Restaurant News. For more information, visit www.dickeys.com. 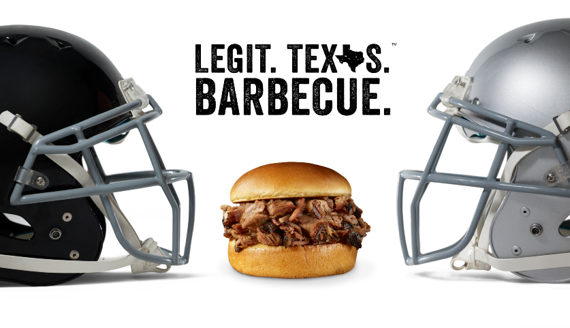