Dickey's Barbecue Pit is bouncing back in the Easton area.

A new location is expected to open in early March at the 25th Street Shopping Center in Palmer Township.

Just a few miles away, the Dickey's at Park Plaza in Forks Township closed recently after less than two years of operation. Dickey's also has Lehigh Valley locations in Bethlehem and Lower Macungie Township.

Dickey's is taking over the free-standing building in the 25th Street Shopping Center that previously housed Muscle Maker Grill, and Pizza Hut before that. Workers have lately been renovating the inside of the building and installing signs.

The national barbecue chain overhauled its concept last year to appeal to millennials, and the Palmer location will reflect the new style with hardwood-style floors, chalkboard walls and plaid button-up uniforms, a Dickey's spokeswoman said. The restaurants' kitchens are now smaller to accommodate more seating: Palmer will have about 75 seats.

It's not confirmed yet whether the new Dickey's will offer free soft-serve ice cream, as some other locations do. But there will be free Wi-Fi, and Dickey's usual array of barbecued meat, smoked daily on-site. Expanded menu items include "barbecue in a bowl" options like mac and cheese with brisket, sliders and tacos.

Adobó Latin Kitchen is from the same team behind the popular Pints & Pies pub.

Leading up to the opening, Dickey's will hold special promotions including giveaways of a year of free barbecue for three guests, live music and 50 percent off orders for uniformed first responders for the first four Fridays.

The 25th Street Shopping Center has been on a run of new restaurant announcements lately. A Wing Stop is now open in a corner location, and last week Adobo Latin Kitchen announced that it would start serving Puerto Rican cuisine in February. 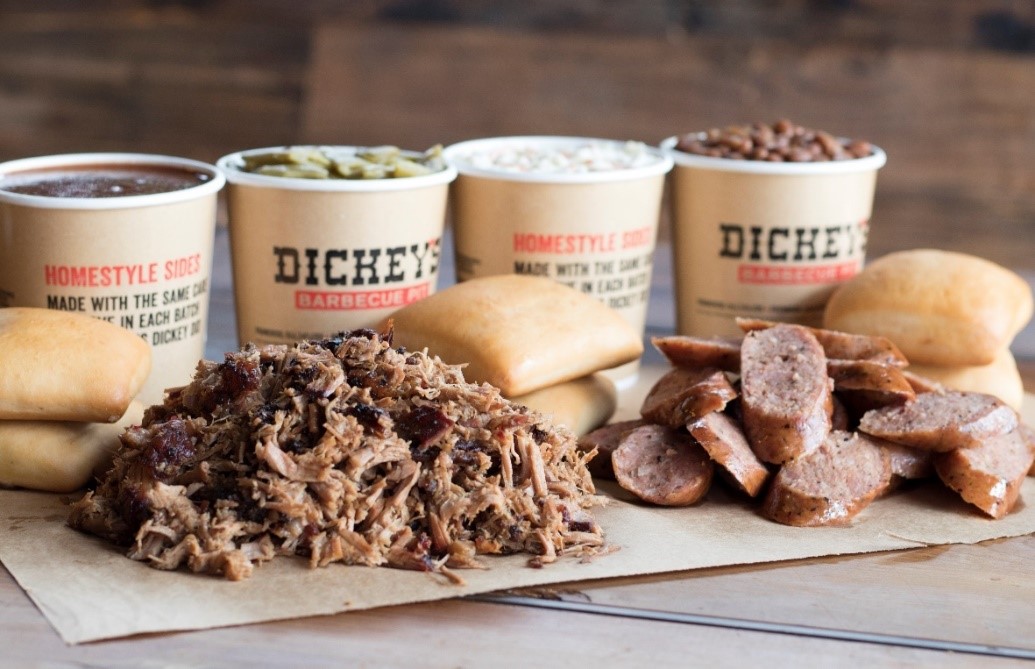