PANAMA CITY — Barbecue is wrapped up in my Texas heritage — every bite held up against the flavors from my childhood. “Barbecue should be like in your backyard on the Fourth of July,” said Mission BBQ co-owner Bill Kraus.No matter which region of barbecue you prefer — Carolinas; Missouri; Memphis, Tenn.; Texas — wet or dry rub, here are my top picks to whet your appetite before July Fourth cookouts. — Jan Waddy

Dickey’s Barbecue Pit, 100 Pier Park Drive, Unit 125, in Pier Park West, Panama City Beach; 850-344-7900; www.dickeys.com: Although Dickey’s also has Texas roots, I had never been to the Dallas-based franchise till it opened in Pier Park in the summer of 2015. But the juicy, tender brisket (with a Texas-style rub slow-smoked 13-14 hours in the barbecue pit on site with hickory wood) continues to take me back home. I’ve had it plain and on a loaded Giant Baker and it’s good no matter how you slice it. Or maybe it’s the way the brisket is chopped: It gets a top scrape with a knife, followed by a bottom scrape, and then some of that fat and salty bark is chopped up and put back in. (The Polish sausage rocks, too.) [JAN WADDY/NEWS HERALD FILE PHOTO] 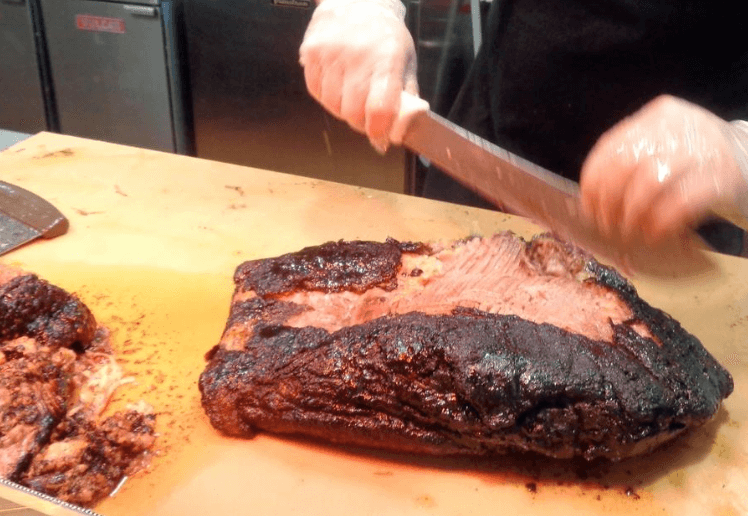