Dickey’s Barbecue Pit is making it easier than ever to host one last backyard summer cookout this Labor Day with its iconic Big Yellow Box.

Dickey’s Big Yellow Box is a convenient, self-contained way to serve a gathering of any size, slow-smoked Texas barbecue and award-winning catering offerings. The Big Yellow Box feeds up to 12 people and the affordable options include:

“Dickey’s is all about celebrating special moments with family and friends, especially around holidays,” said Laura Rea Dickey, CEO of Dickey’s Barbecue Restaurants, Inc. “Our Big Yellow Box takes the pressure off trying to cook for everyone, and lets you focus on enjoying time with your loved ones. All you have to do is order your box, and you are ready to dig into hickory-wood smoked meats and iconic sides and sauces! Starting at under $8 per person, it’s a safe and wallet-friendly option for gatherings of all sizes.”

Dickey's Barbecue Restaurants, Inc., the world’s largest barbecue concept, was founded in 1941 by Travis Dickey. For the past 80 years, Dickey’s Barbecue Pit has served millions of guests Legit. Texas. Barbecue.™ At Dickey’s, all our barbecued meats are smoked onsite in a hickory wood burning pit. Dickey’s proudly believes there’s no shortcut to true barbecue and it’s why they never say bbq. The Dallas-based, family-run barbecue franchise offers several slow-smoked meats and wholesome sides with 'No B.S. (Bad Stuff)' included. Dickey’s has over 550 locations across the United States and six other countries and is on track to have over 600 locations by the end of 2021. 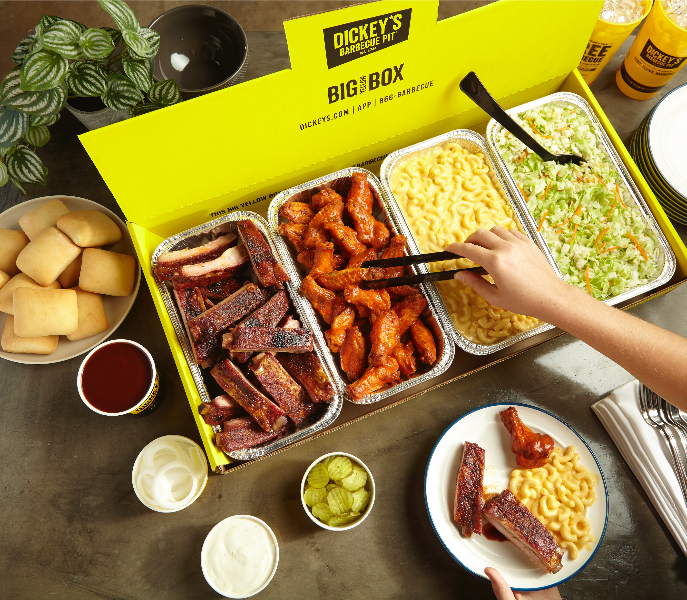