Dickey’s Barbecue Pit is joining the fight against breast cancer this October with the return of its limited-edition Pink Big Yellow Cup.

In honor of Breast Cancer Awareness Month in October, the world’s largest barbecue concept’s signature Big Yellow Cup will become pink. Throughout the month, Dickey’s will offer the 32-ounce limited-edition collectible Tribute Cup for purchase in all of its locations across the U.S.

A portion of the proceeds from every charitable cup sold will be donated to The Dickey Foundation, which provides safety equipment and overall support for first responders. The Dickey Foundation will use the funds raised from the collectible Pink Big Yellow Cup to provide mammograms and other breast cancer detection, treatment and services for local first responders.

“We are glad to bring back our Pink Big Yellow Cup to support our local first responders in the battle against breast cancer,” said Laura Rea Dickey, CEO of Dickey’s Barbecue Restaurants, Inc. “Early detection is key to increasing survival rates, and every donation funds a potentially life-saving mammography screening. Dickey’s is proud to do its part to raise awareness and support for this cause.”

About Dickey’s Barbecue Restaurants, Inc. Dickey's Barbecue Restaurants, Inc., the world’s largest barbecue concept, was founded in 1941 by Travis Dickey. For the past 80 years, Dickey’s Barbecue Pit has served millions of guests Legit. Texas. Barbecue.™ At Dickey’s, all our barbecued meats are smoked onsite in a hickory wood burning pit. Dickey’s proudly believes there’s no shortcut to true barbecue and it’s why they never say bbq. The Dallas-based, family-run barbecue franchise offers several slow-smoked meats and wholesome sides with 'No B.S. (Bad Stuff)' included. Dickey’s has over 600 locations across the United States and seven other countries. 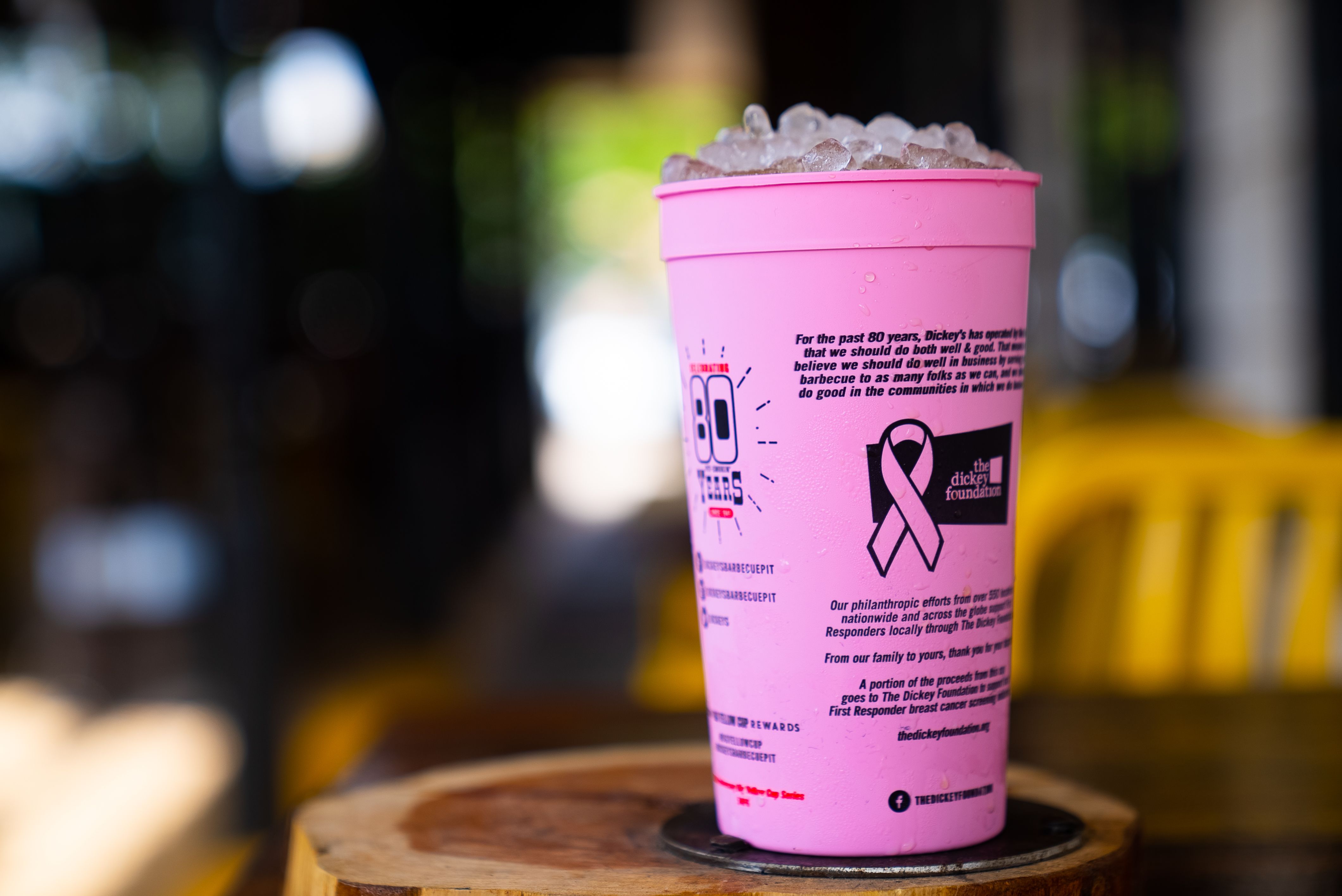