The Dickey Foundation to donate over $22,000 of protective gear on April 16

DALLAS (April 9, 2021) – Dickey’s Barbecue Pit is celebrating 80 years of serving Legit. Texas. Barbecue. by giving back to our nation’s first responders with the donation of protective gear from The Dickey Foundation.

What: The Dickey Foundation is donating 36 Safariland ballistic helmets and six shields to the Ennis Police Department.

When: Friday, April 16 at noon

“The Dickey Foundation is dedicated to proudly supporting those who protect and serve,” said Laura Rea Dickey, CEO of Dickey’s Barbecue Restaurants, Inc. “In honor of our 80th anniversary, we want to give back to the communities and frontline workers who have supported us all these years. We have experienced an overwhelming positive response to our tribute cups, allowing The Dickey Foundation to donate these essential, lifesaving items.”

About Dickey’s Barbecue Restaurants, Inc. Dickey's Barbecue Restaurants, Inc., the world’s largest barbecue concept, was founded in 1941 by Travis Dickey. For the past 80 years, Dickey’s Barbecue Pit has served millions of guests Legit. Texas. Barbecue. ™ At Dickey’s, all our barbecued meats are smoked onsite in a hickory wood burning pit. Dickey’s proudly believes there’s no shortcut to true barbecue and it’s why they never say bbq. The Dallas-based, family-run barbecue franchise offers several slow-smoked meats and wholesome sides with 'No B.S. (Bad Stuff)' included. The fast-casual concept has expanded worldwide with two international locations in the UAE and operates over 500 locations in 44 states. In 2016, Dickey’s won first place on Fast Casual’s “Top 100 Movers and Shakers” list and was named a Top 500 Franchise by Entrepreneur in 2018. Dickey's Barbecue Pit has also been recognized by Fox News, Franchise Times, The Wall Street Journal, QSR Magazine, Forbes Magazine and Nation’s Restaurant News. For more information, visit www.dickeys.com. 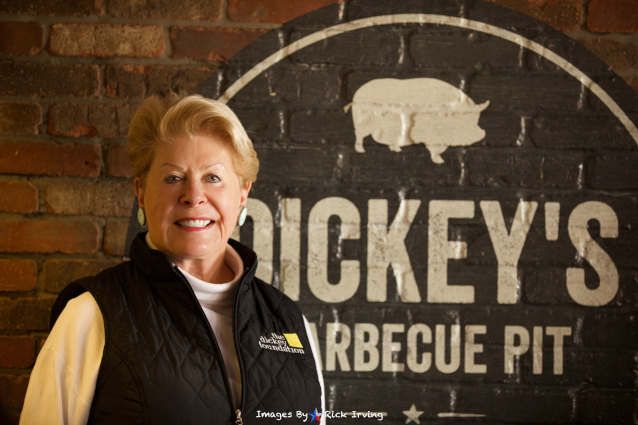