Dickey’s Barbecue Pit international expansion efforts are showing no signs of slowdown as the world’s largest barbecue concept is bringing its slow-smoked meats and savory sides to Brazil!

Dickeys announced today that its newest location to open is in Sao Paulo, the country’s largest city, with a population of 12 million.

Owner Operators Bruno Gallucci and Cyro Pires Xavier are partners with a vast entrepreneurial background and have more than a decade of experience in restaurant operations and agricultural productions. The partners have full franchising rights for Brazil and are slated to open a total of 110 locations in Brazil. “We are very excited to show the people of Brazil the wonderful Texas Barbecue, this is unlike anything they have tried before” says Bruno Gallucci who adds that the food along with the location of the flagship restaurant are a recipe for success. “We are located in the heart of the city with plenty of foot traffic and many businesses” says Gallucci who says the restaurant is off Paulista Avenue.

“We are so happy to welcome Bruno and Cyro to the Dickey’s family, they have a beautiful location and the public seems eager to try Legit. Texas. Barbecue.” Says Roland Dickey Jr., CEO of Dickey’s Capital Group.

This location was expected to open a year ago but was postponed due to COVID-19. The owners are excited to open the doors to the multi-story location with a roof top bar. “We put so much effort into our flagship location we are really looking forward to showing it off and of course enjoying the delicious barbecue” adds Gallucci who is also giving away free dessert and ice cream the first few days to celebrate!

About Dickey’s Barbecue Restaurants, Inc. Dickey's Barbecue Restaurants, Inc., the world’s largest barbecue concept, was founded in 1941 by Travis Dickey. For the past 80 years, Dickey’s Barbecue Pit has served millions of guests Legit. Texas. Barbecue.™ At Dickey’s, all our barbecued meats are smoked onsite in a hickory wood burning pit. Dickey’s proudly believes there’s no shortcut to true barbecue and it’s why they never say bbq. The Dallas-based, family-run barbecue franchise offers several slow-smoked meats and wholesome sides with 'No B.S. (Bad Stuff)' included. The fast-casual concept has expanded worldwide with international locations in the UAE and Japan. Dickey Family Restaurant brands have over 550 locations nationwide. In 2016, Dickey’s won first place on Fast Casual’s “Top 100 Movers and Shakers” list, was named a Top 500 Franchise by Entrepreneur in 2018 and was named to Hospitality Technology Industry Heroes in 2021. Led by CEO Laura Rea Dickey, who was named among the country’s 50 most influential women in foodservice in 2020 by Nation’s Restaurant News and was recognized as one of the top 25 industry leaders on Fast Casual’s 2020 Top 100 Movers and Shakers list, Dickey's Barbecue Pit has also been recognized by Fox News, Forbes Magazine, Franchise Times, The Wall Street Journal and QSR Magazine. For more information, visit www.dickeys.com. 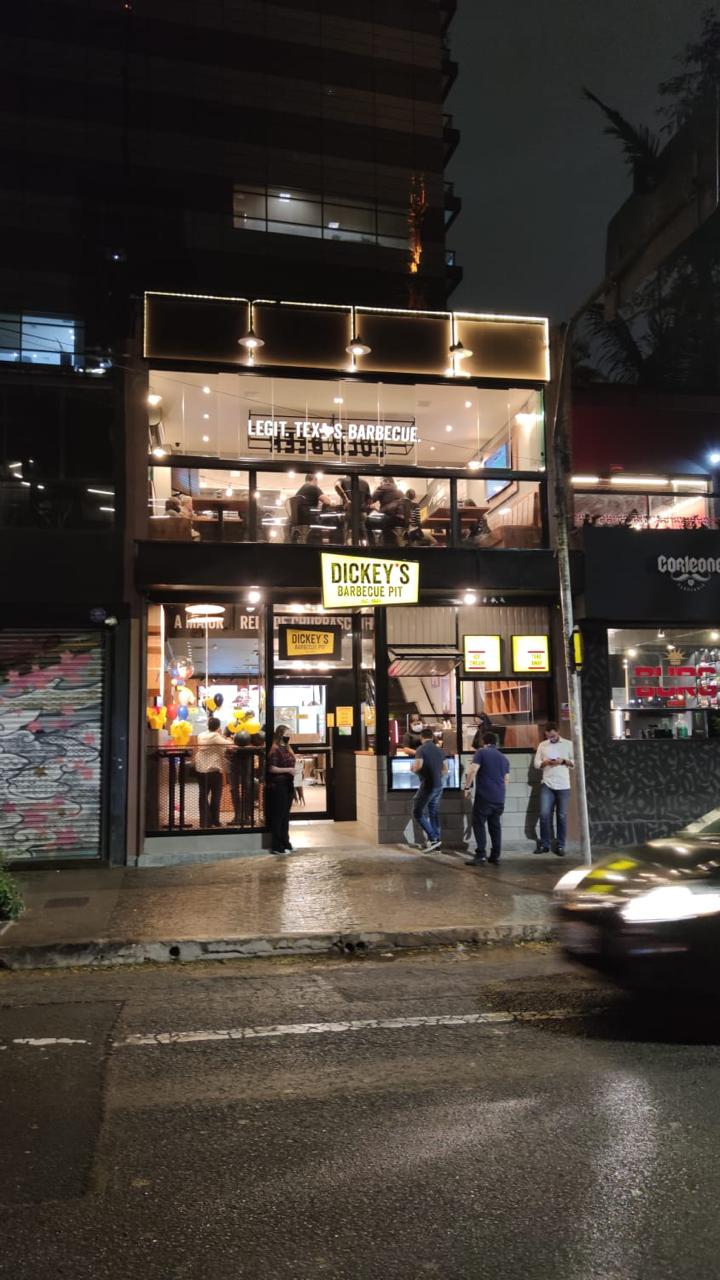