(Victoria, TX) – On Friday Oct. 2, Dickey’s Barbecue Pit in Victoria is celebrating their one-year anniversary with a variety of slow-smoked specials and giveaways.

Local 104.7 KVIC radio station host Joe Friar will be live on air from 4 – 6 p.m. at Dickey’s guest appreciation event and as a thank you to the community, Dickey’s will be giving away free merchandise such as cookbooks, t-shirts, bottle openers, spices and sunglasses to the first 50 guests to arrive at the event.

In addition, for a limited time fans stopping by the event can enjoy a $3 Pulled Pork Sandwich and $2 beers or choose from the wide array of Dickey’s slow-smoked classics such as fall-off-the-bone ribs, hickory-smoked brisket, pit-smoked wings and more.

“I am honored to ring-in another year with the Crossroads community we’re proud to serve and call home,” said local Dickey’s Owner Operator Kevin Ferrall Jr. “I’m grateful for the undeniable support we’ve received throughout the pandemic and since day one.”

About Dickey’s Barbecue Restaurants, Inc. Dickey's Barbecue Restaurants, Inc., the world’s largest barbecue concept, was founded in 1941 by Travis Dickey. For the past 79 years, Dickey’s Barbecue Pit has served millions of guests Legit. Texas. Barbecue.™ At Dickey’s, all of our barbecued meats are smoked on-site in a hickory wood burning pit. Dickey’s proudly believes there’s no shortcut to true barbecue, which is why they never say “bbq.” The Dallas-based, family-run barbecue franchise offers several slow-smoked meats and wholesome sides with “No B.S. (Bad Stuff)” included. The fast-casual concept has expanded worldwide with two international locations in the UAE and operates over 500 locations in 44 states. In 2016, Dickey’s placed first on Fast Casual’s “Top 100 Movers and Shakers” list and was named a “Top 500 Franchise” by Entrepreneur in 2018. Dickey's Barbecue Pit has also been recognized by Fox News, Franchise Times, The Wall Street Journal, QSR Magazine, Forbes Magazine and Nation’s Restaurant News. For more information, visit www.dickeys.com. 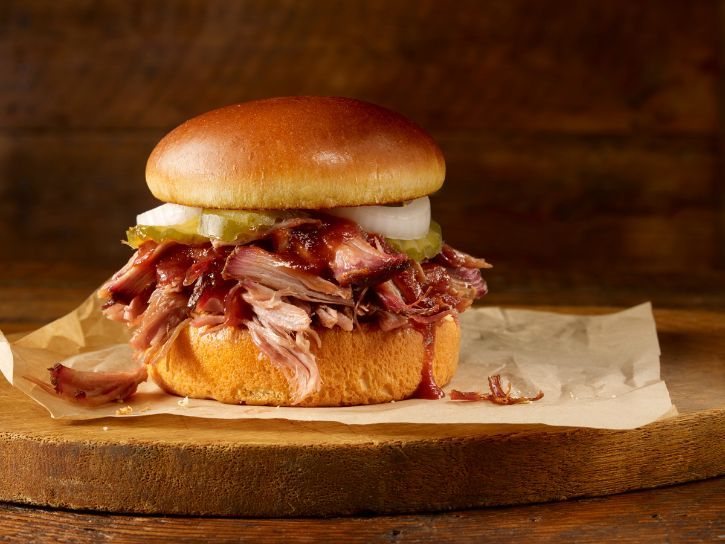