Dickey’s Food Truck Model Explodes with Interest Amid the Pandemic

The 79-year-old barbecue franchise reports an uptick in interest from both new and existing franchisees in their food truck model as the COVID-19 pandemic continues to make an impact on restaurant dining rooms.

“The pandemic is sure to have a lasting impact on consumer behavior and as a legacy brand it’s important to us that we continue to meet the evolving needs of our guests, while staying true to our quality and consistent competition-style barbecue,” said Laura Rea Dickey, CEO of Dickey’s Barbecue Restaurants, Inc.

Currently, the barbecue concept only has a handful of food truck operators, however in the past 6 months they have coordinated three food truck agreements for Texas and one in Georgia, California, Ohio and Florida.

Newark, Ohio Dickey’s Owner Operator Josh Wise recently inked his first food truck deal to expand his store’s presence in the community and said, “With this food truck, I am excited to take barbecue outside of our brick and mortar location and diversify my business.”

In addition to food trucks, Dickey’s drive-thru locations are experiencing an increase in interest as existing drive-thru models have seen a 143% increase in that hand-off sales channel. 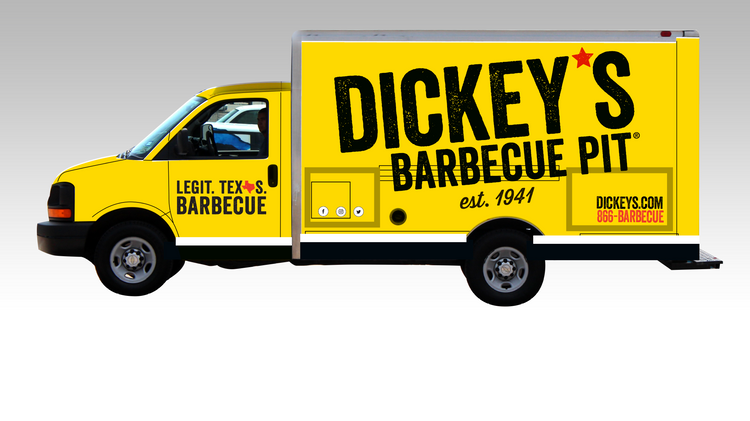