Dallas, TX, May 22, 2020 -- Yesterday, 14 Dickey’s Barbecue Pit Arizona Owner/Operators joined forces to serve over 1,000 free meals to the servicemen and women living on the Luke Air Force Base located outside of Phoenix.

“Whether you’re an active member of our military, retired veteran or have lost a love one in combat, Dickey’s is grateful for your sacrifice to protect our country and we’re honored to serve you for serving us,” said Laura Rea Dickey CEO of Dickey’s Barbecue Restaurants, Inc. “My father and grandfather-in-law served this country as have many of our franchisees and we’ve been proudly supporting our brave military communities for the past 79 years.”

This Memorial Day, Dickey’s locations across the U.S. will be open with free contactless delivery, pickup, takeout and at qualifying locations, dine-in for guests looking to observe the holiday with comfort food.

Dickey’s guests looking for a way to give back can order a First Responder Relief Pack at dickeys.com to be donated to front line responders in their area. Dickey’s, in partnership with The Dickey Foundation, will carry out the delivery and as a show of thanks to the brave men and women serving everywhere, the Dickey family has pledged to match all donations.

Dickey's Barbecue Restaurants, Inc., the world’s largest barbecue concept, was founded in 1941 by Travis Dickey. For the past 79 years, Dickey’s Barbecue Pit has served millions of guests Legit. Texas. Barbecue.™ At Dickey’s, all our barbecued meats are smoked on-site in a hickory wood burning pit. Dickey’s proudly believes there’s no shortcut to true barbecue and it’s why they never say bbq. The Dallas-based family-run barbecue franchise offers several slow-smoked meats and wholesome sides with 'No B.S. (Bad Stuff)' included. The fast-casual concept has expanded worldwide with two international locations in the UAE and operates over 500 locations in 44 states. In 2016, Dickey’s won first place on Fast Casual’s “Top 100 Movers and Shakers” list and was named a Top 500 Franchise by Entrepreneur in 2018. Dickey's Barbecue Pit has also been recognized by Fox News, Franchise Times, The Wall Street Journal, QSR Magazine, Forbes Magazine and Nation’s Restaurant News. For more information, visit www.dickeys.com. 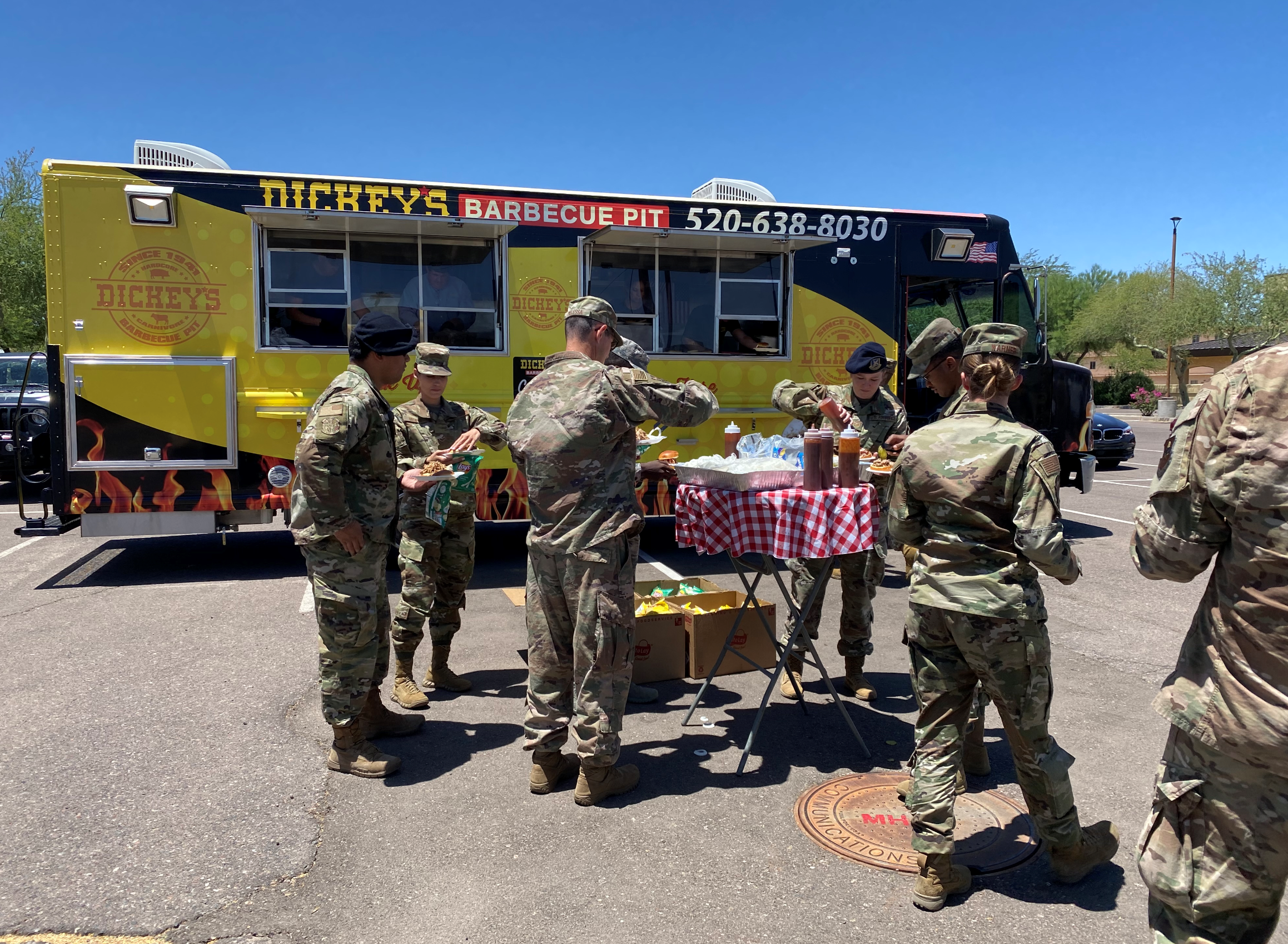