This Friday, April 24, the Dickey Foundation is partnering with the original Dickey’s Barbecue Pit, located at 4610 N. Central Expy., to give away free sandwiches to all first responders in uniform or who present a valid ID.

From 11 a.m. to 1 p.m., police officers, fire fighters, EMTs and medical care workers are encouraged to stop by for a free pulled pork sandwich as a “thank you” for their tireless efforts during this crisis.

In addition, the original Dickey’s is donating 10% of the proceeds from all wings and ribs sold on April 24 to their First Responder Relief Pack program that provides free sandwiches for front line personnel.

On Friday, the Dallas staple is offering a limited to-go menu from its outdoor booth to encourage social distancing and protect the safety of its guests. Bottled water, Big Yellow Cups, chips, hand-made cocktails, slow-smoked wings and fall-off-the-bone ribs in eight different flavors are all available for purchase to-go in the Dickey’s parking lot.

Daily from 3-9 p.m., Dallas residents can stop by the conveniently located barbecue joint to pick-up a refreshing $6 Texas-style cocktail, $3.50 domestic or $5 craft bottle beers. The specialty cocktails include:

The original Dickey’s Barbecue Pit, located at 4610 N. Central Expy., was founded in 1941 and remains the oldest restaurant in Dallas to never close its doors, move locations or change ownership.

Dickey's Barbecue Restaurants, Inc., the world’s largest barbecue concept, was founded in 1941 by Travis Dickey. For the past 79 years, Dickey’s Barbecue Pit has served millions of guests Legit. Texas. Barbecue.™ At Dickey’s, all of our barbecued meats are smoked on-site in a hickory wood burning pit. Dickey’s proudly believes there’s no shortcut to true barbecue, which is why they never say “bbq.” The Dallas-based, family-run barbecue franchise offers several slow-smoked meats and wholesome sides with “No B.S. (Bad Stuff)” included. The fast-casual concept has expanded worldwide with two international locations in the UAE and operates over 500 locations in 44 states. In 2016, Dickey’s placed first on Fast Casual’s “Top 100 Movers and Shakers” list and was named a “Top 500 Franchise” by Entrepreneur in 2018. Dickey's Barbecue Pit has also been recognized by Fox News, Franchise Times, The Wall Street Journal, QSR Magazine, Forbes Magazine and Nation’s Restaurant News. For more information, visit www.dickeys.com. 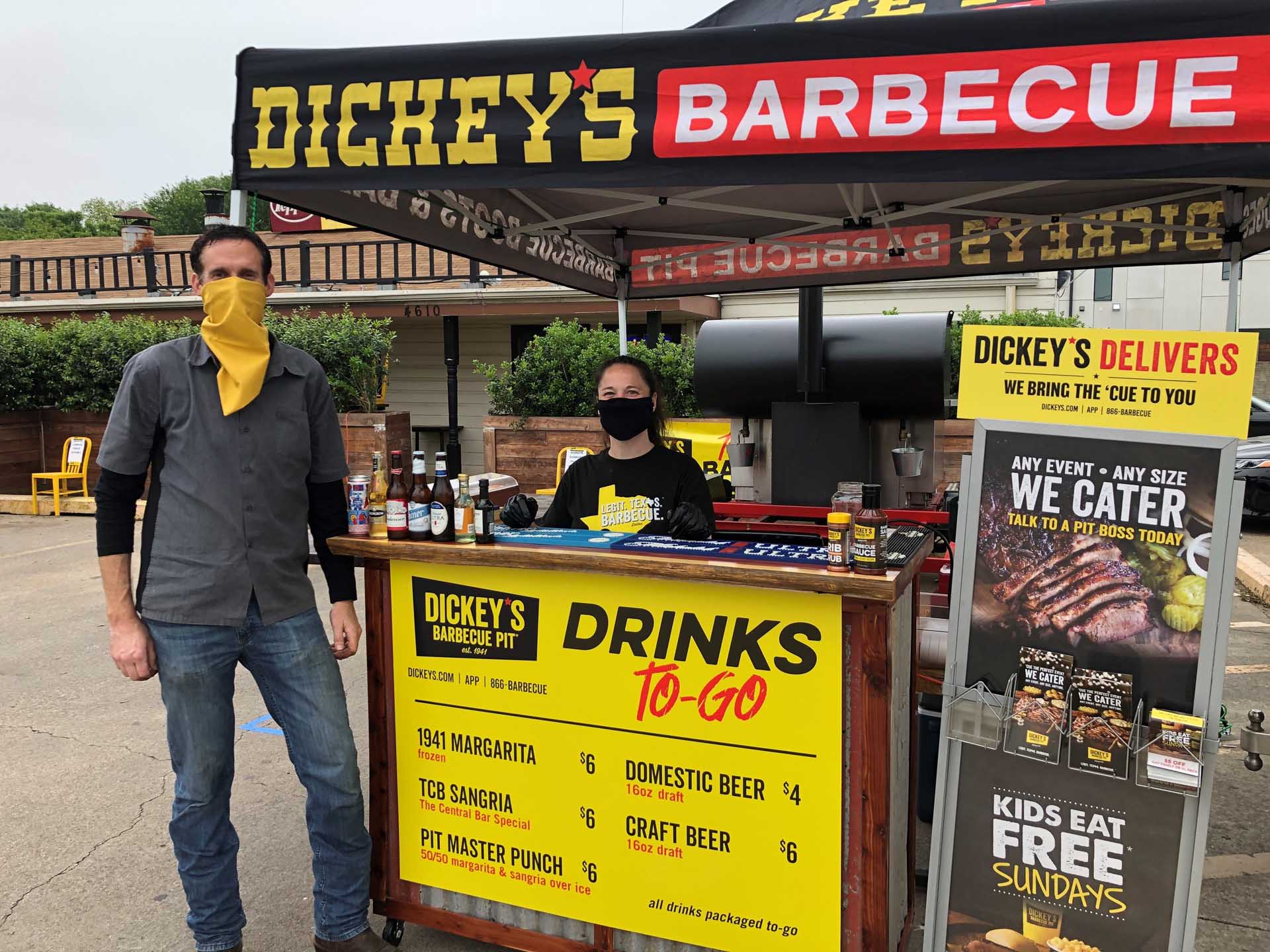