Dickey’s and Sokol inked their deal in earlier this month and are on a fast track to roll out Dickey’s signature BBQ sauces, The Original, Spicy and Sweet, to retailers by the beginning of 2021.

“Our family’s original barbecue sauces are beloved by folks all over the world and have been a staple in our restaurants since 1941. With the help of Sokol, we look forward to bringing our delicious, third-generation barbecue sauces to grocery aisles everywhere for Dickey’s guests, barbecue fans and everyone in between to enjoy at home, ” said Roland Dickey Jr., CEO of Dickey’s Capital Group.

The 79-year-old family-owned brand’s retail products are available in over 3,000 retail locations and growing.

Visit Athome.Dickeys.com to purchase products and discover exclusive content including recipes, deals and find a participating retailer near you.

About Dickey’s Barbecue Restaurants, Inc. Dickey's Barbecue Restaurants, Inc., the world’s largest barbecue concept, was founded in 1941 by Travis Dickey. For the past 79 years, Dickey’s Barbecue Pit has served millions of guests Legit. Texas. Barbecue.™ At Dickey’s, all our barbecued meats are smoked on-site in a hickory wood burning pit. Dickey’s proudly believes there’s no shortcut to true barbecue and it’s why they never say bbq. The Dallas-based family-run barbecue franchise offers several slow-smoked meats and wholesome sides with 'No B.S. (Bad Stuff)' included. The fast-casual concept has expanded worldwide with two international locations in the UAE and operates over 500 locations in 44 states. In 2016, Dickey’s won first place on Fast Casual’s “Top 100 Movers and Shakers” list and was named a Top 500 Franchise by Entrepreneur in 2018. Dickey's Barbecue Pit has also been recognized by Fox News, Franchise Times, The Wall Street Journal, QSR Magazine, Forbes Magazine and Nation’s Restaurant News. For more information, visit www.dickeys.com. 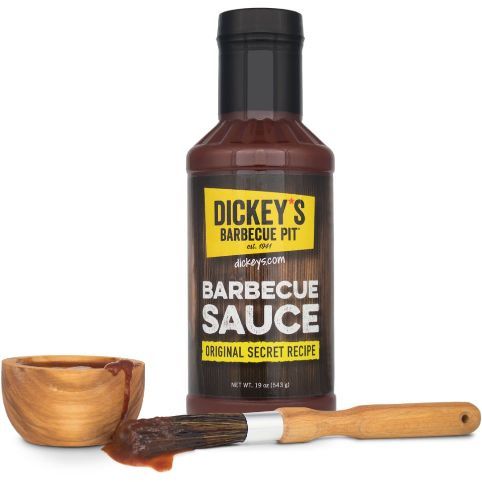