In the 1970’s, Joe and Cynthia moved to the Mount Morris community where they still reside and raised their two children, Aaron and Ashley. The pair opened their Pittsburgh Steelers themed O'Reilly's Pub in 1992 and are looking to expand and enhance their menu offerings with their latest Dickey’s investment.

“We love our town and getting to know everyone in the community and look forward to giving our neighbors an updated family-friendly space to hang out and watch sports, while eating delicious, competition-style barbecue,” said Cynthia Yorio, Owner Operator of O’Reilly’s Pub located on 229 Mt. Morris Road.

The Dickey’s Barbecue Pit coming soon to 229 Mt. Morris Road will feature recipes passed down by generations including a variety of slow-smoked meats and savory sides that can be enjoyed in-store, at home or at the next big event.

About Dickey’s Barbecue Restaurants, Inc. Dickey's Barbecue Restaurants, Inc., the world’s largest barbecue concept, was founded in 1941 by Travis Dickey. For the past 79 years, Dickey’s Barbecue Pit has served millions of guests Legit. Texas. Barbecue.™ At Dickey’s, all our barbecued meats are smoked on-site in a hickory wood burning pit. Dickey’s proudly believes there’s no shortcut to true barbecue and it’s why they never say bbq. The Dallas-based family-run barbecue franchise offers several slow-smoked meats and wholesome sides with 'No B.S. (Bad Stuff)' included. The fast-casual concept has expanded worldwide with two international locations in the UAE and operates over 500 locations in 44 states. In 2016, Dickey’s won first place on Fast Casual’s “Top 100 Movers and Shakers” list and was named a Top 500 Franchise by Entrepreneur in 2018. Dickey's Barbecue Pit has also been recognized by Fox News, Franchise Times, The Wall Street Journal, QSR Magazine, Forbes Magazine and Nation’s Restaurant News. For more information, visit www.dickeys.com. 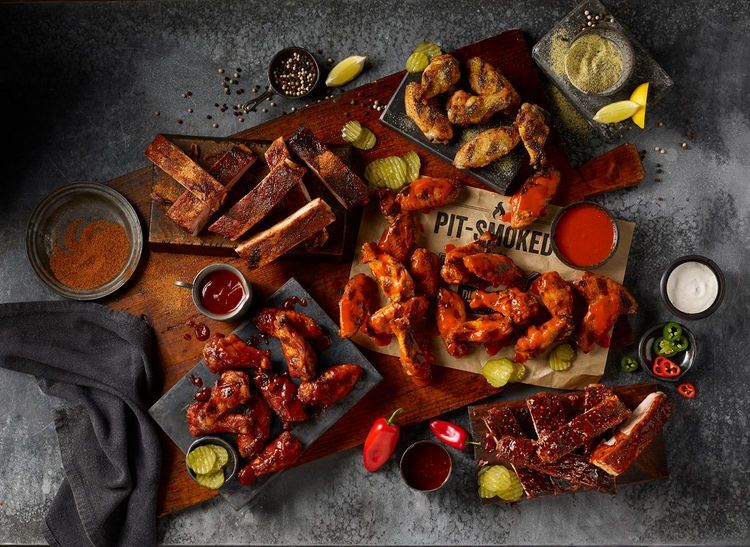