Dickey’s Barbecue Pit is celebrating 80 years of serving Legit. Texas. Barbecue.™ by inviting fans to meet one of its iconic leaders – Mr. Dickey!

On Wednesday, Oct. 20, from 5 p.m. to close, the world’s largest barbecue concept will host Mr. Dickey’s Dollar Dinner Party where it all started – the original Dickey’s restaurant at 4610 N. Central Expressway in Dallas. Mr. Dickey will attend the customer appreciation event and meet guests, sign cookbooks and offer a pre-sale for Dickey’s newest cookbook coming out later this year!

Mr. Dickey’s Dollar Dinner Party will celebrate with $1 Pulled Pork Sandwiches and $1 Lone Star Beer from 5 p.m. to close. The special is available only at the original location in Dallas on Central Expressway and Henderson Ave, for dine in or pick up. All locations nationwide are celebrating with an $8.80 anniversary combo of a pulled pork sandwich, side and dessert, plus free delivery on Dickeys.com.

The excitement doesn’t stop there. The Dickey’s team will be joined by another Dallas staple – SportsRadio 96.7 & 1310 The Ticket. The Ticket promo team will be onsite to give away apparel, accessories and more! Also, a big screen will be set up in the parking lot to show early commercials, tributes to the 80th and live sporting events.

“We are very excited to get our loyal barbecue fans involved in celebrating our 80th anniversary,” said Laura Rea Dickey, CEO of Dickey’s Barbecue Restaurants, Inc. “This event is an opportunity to show our appreciation for our guests and everything they’ve done to keep us serving slow-smoked meats and savory sides over the last eight decades. We hope everyone in the area can make it out to enjoy our $1 specials and good times with The Ticket and Dickey’s team.”

At the Dollar Dinner Party, guests can also purchase tickets for the 80th Anniversary Dickey Foundation Fundraiser Concert on Oct. 28 at The Rustic in Dallas. The celebration will feature food, fun and live music from Josh Ward, and a portion of the proceeds will be donated to The Dickey Foundation, which provides financial opportunities, safety equipment and overall support for first responders. For more information, visit the event’s Facebook page.

About Dickey’s Barbecue Restaurants, Inc. Dickey's Barbecue Restaurants, Inc., the world’s largest barbecue concept, was founded in 1941 by Travis Dickey. For the past 80 years, Dickey’s Barbecue Pit has served millions of guests Legit. Texas. Barbecue.™ At Dickey’s, all our barbecued meats are smoked onsite in a hickory wood burning pit. Dickey’s proudly believes there’s no shortcut to true barbecue and it’s why they never say bbq. The Dallas-based, family-run barbecue franchise offers several slow-smoked meats and wholesome sides with 'No B.S. (Bad Stuff)' included. The fast-casual concept has expanded worldwide with international locations in the UAE and Japan. Dickey’s Restaurant brands have over 550 locations nationwide. In 2016, Dickey’s won first place on Fast Casual’s “Top 100 Movers and Shakers” list, was named a Top 500 Franchise by Entrepreneur in 2018 and was named to Hospitality Technology Industry Heroes in 2021. Led by CEO Laura Rea Dickey, who was named among the country’s 50 most influential women in foodservice in 2020 by Nation’s Restaurant News and was recognized as one of the top 25 industry leaders on Fast Casual’s 2020 Top 100 Movers and Shakers list, Dickey's Barbecue Pit has also been recognized by Fox News, Forbes Magazine, Franchise Times, The Wall Street Journal and QSR Magazine. For more information, visit www.dickeys.com 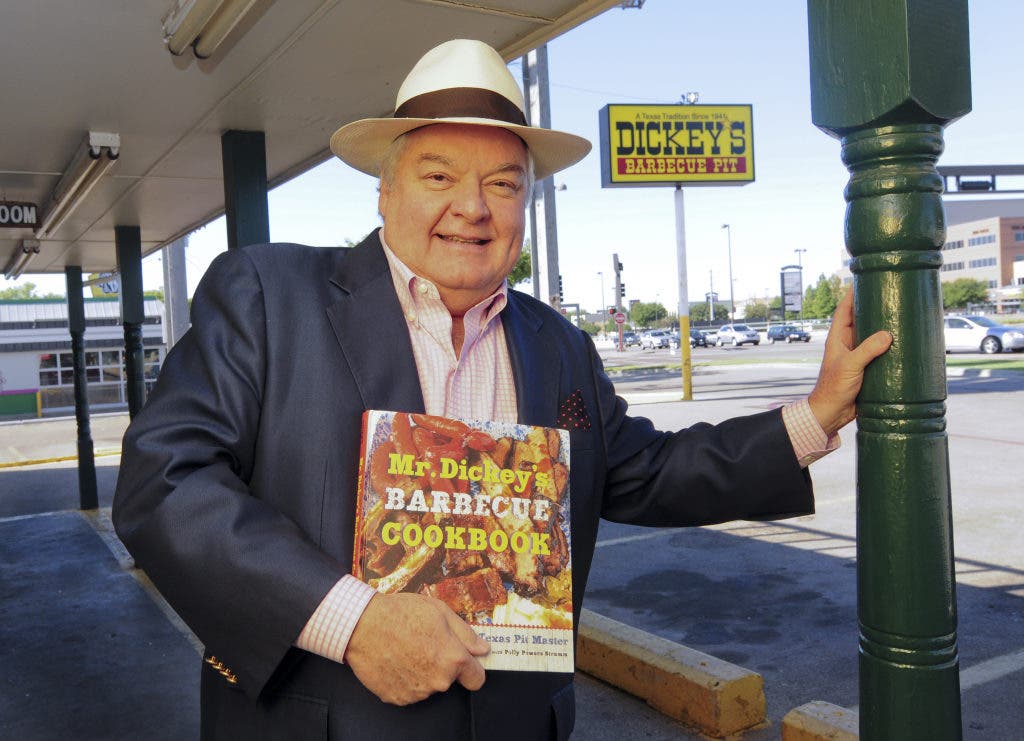