(Middletown, DE) Dickey’s Barbecue Pit is opening in its 44th state in the nation with a new store planning to open in Delaware. This new Delaware location will bring delicious, slow-smoked barbecue to the great communities of Middletown. Owner, Brendan Powers and his family are thrilled to embark on this new adventure with Dickey’s.

“The Dickey family congratulates Brendan Powers and his family on opening their first Dickey’s Barbecue Pit location,” says Roland Dickey, Jr., CEO of Dickey’s Barbecue Restaurants, Inc. “The Dickey’s brand has grown rapidly throughout the nation, and we are proud to continue this expansion in Delaware.”

Born and raised in Delaware, Powers and his family are extremely involved in the community and are excited to bring Dickey’s delicious, Texas-style barbecue to the people they consider family. After spending 25 years in the military and retiring in 2008, Powers decided it was time to start a new adventure. Powers will run the business with his wife, Linda, and his two sons BJ and Trevor, making it truly a family-run business.

“I wanted to do something that my family and I could do together, and Dickey’s gave us the perfect opportunity to do that,” says Powers. “I am excited to have the opportunity to serve my community delicious, slow-smoked barbecue.”

About Dickey’s Barbecue Restaurants, Inc.
Dickey’s Barbecue Restaurants, Inc., the nation’s largest barbecue chain was founded in 1941 by Travis Dickey with the goal of authentic slow-smoked barbecue. Today, all meats are still slow smoked on-site in each restaurant living up to the company tagline, “We Speak Barbecue.” The Dallas-based family-run barbecue franchise offers a quality selection of signature meats, home style sides, tangy barbecue sauce and free kids’ meals every Sunday. The fast-casual concept has expanded to more than 570 locations in 43 states. This year Dickey’s won first place on Fast Casual’s “Top 100 Movers and Shakers” and ranked in the top ten of Franchise Times’ “Fast and Serious.” Dickey’s Barbecue Pit was recognized for the third year by Nation’s Restaurant News as a “Top 10 Growth Chain” and by Technomic as the “Fastest-growing restaurant chain in the country.” For more information, visit www.dickeys.com or for barbecue franchise opportunities call 866.340.6188. 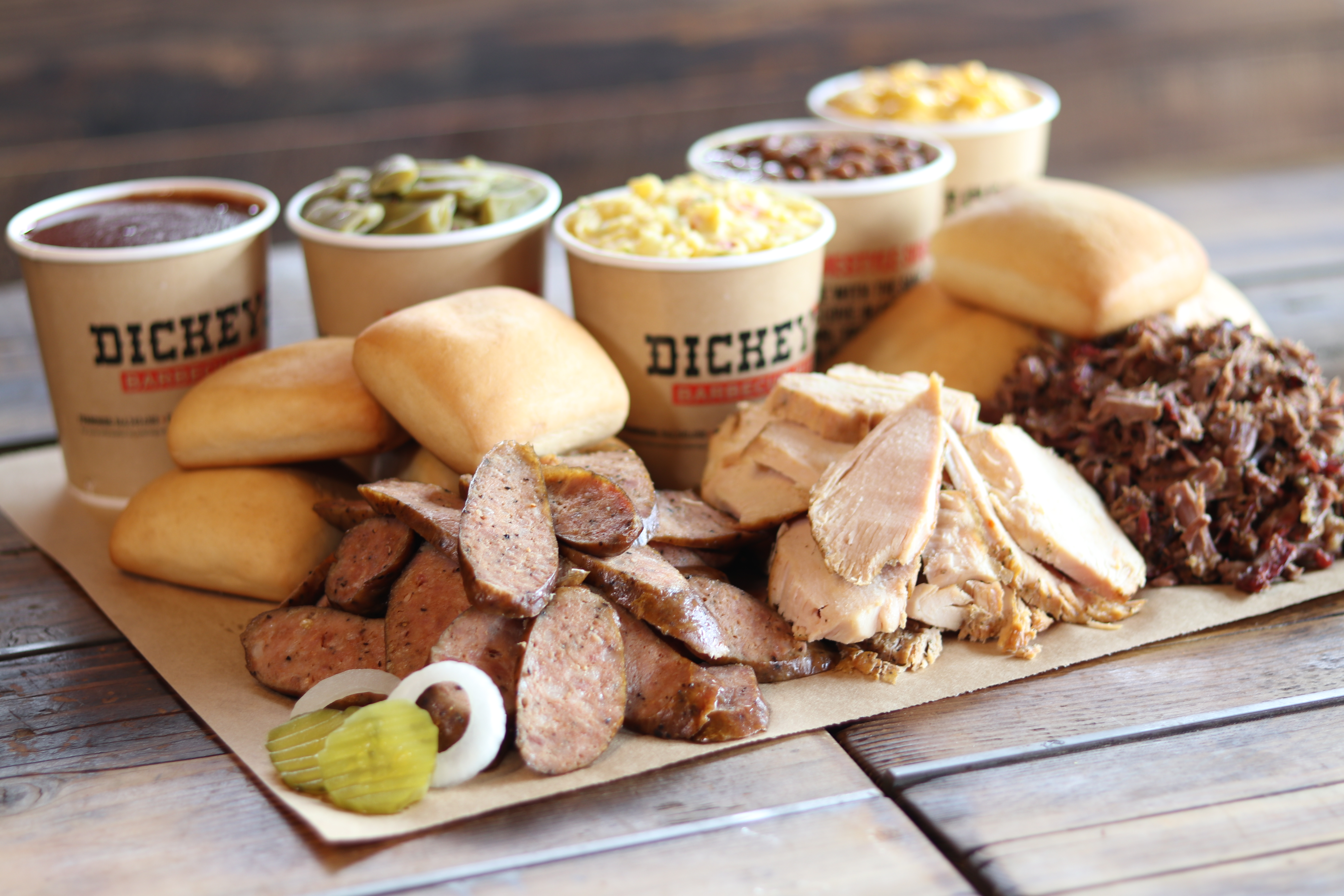