“Dickey’s Barbecue Pit has been family owned and operated since 1941 and we consider each of our owners as a part of our family,” said Laura Rea Dickey, CEO of Dickey’s Barbecue Restaurants, Inc. “We are always proud when passionate franchisees such as Mark and Donna Oldham decide to invest in Dickey’s and help us further our brand.”

Originally from Tennessee, the Oldhams are not new to creating a business to serve their community. Though Dickey’s will be their first restaurant venture, the Oldhams are owners of a chicken farm in their home state.

The couple knew they wanted to get into the restaurant business and after trying Dickey’s and researching the Dickey’s franchisee program, they knew it was a perfect fit. “Immediately after we tried Dickey’s barbecue, we knew this was the concept we needed to buy into,” says Mark Oldham. “We look forward to bringing Dickey’s to our community and having a new business for our family to run together.”

To learn more about franchising with Dickey’s, visit Dickey’s franchising page or call 866-340-6188.

Dickey's Barbecue Restaurants, Inc., the nation's largest barbecue chain, was founded in 1941 by Travis Dickey. Today, all meats are still slow smoked on-site in each restaurant. The Dallas-based family-run barbecue franchise offers several slow-smoked meats and home style sides with 'No B.S. (Bad Stuff)' included. The fast-casual concept has expanded to more than 550 locations in 44 states. In 2016, Dickey's won first place on Fast Casual's "Top 100 Movers and Shakers" list and in 2017 again won a top 10 on the list. Dickey's Barbecue Pit has also been recognized by Entrepreneur Magazine, Franchise Times, and Nation's Restaurant News. For more information, visit www.dickeys.com. 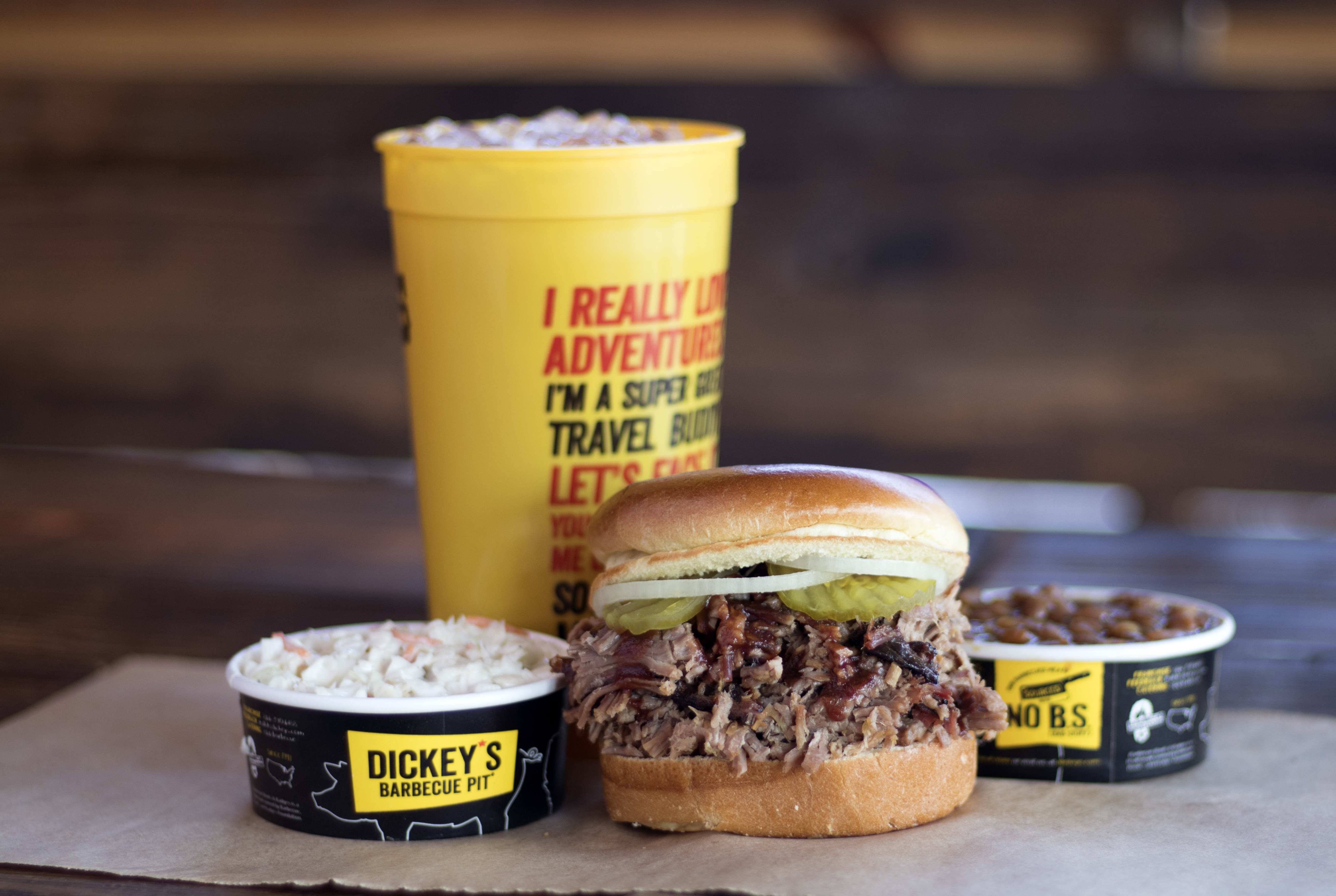