Dickey’s Barbecue Pit is giving back to those who serve us this Veterans Day with a smokin’ good deal! On Monday, November 11 Dickey’s will salute our veterans with a free classic sandwich and a side at participating Dickey’s locations. Guests can stop by in-store with their military ID or valid proof of service to redeem this special.

After serving in World War I, Travis Dickey opened the brand’s original location in 1941. The Dallas-based Dickey’s Barbecue Pit began franchising and offering veterans a 25% discount off their initial franchise fee in 1994. Since that time, Dickey’s has grown to become the world’s largest barbecue franchise and was named a Top Military Franchise by G.I. Jobs, a veteran-owned magazine that focuses on helping military veterans locate career opportunities.

"My grandfather served this country as have many of our franchisees,” said Roland Dickey, Jr., Chief Executive Officer of Dickey’s Capital Group. “For over 78 years, Dickey’s is proud to have honored the brave men and women who served our country.”

Army Veteran and Dickey’s franchisee Wendy Williams has a store in Gulf Breeze, Florida near Holburt Fields and Eglin Air Force Bases. Wendy is actively involved in her local veteran community and believes, “We wouldn’t have the freedom we have today without them and anyone who has served our county deserves recognition for the sacrifices they made to keep us safe.” 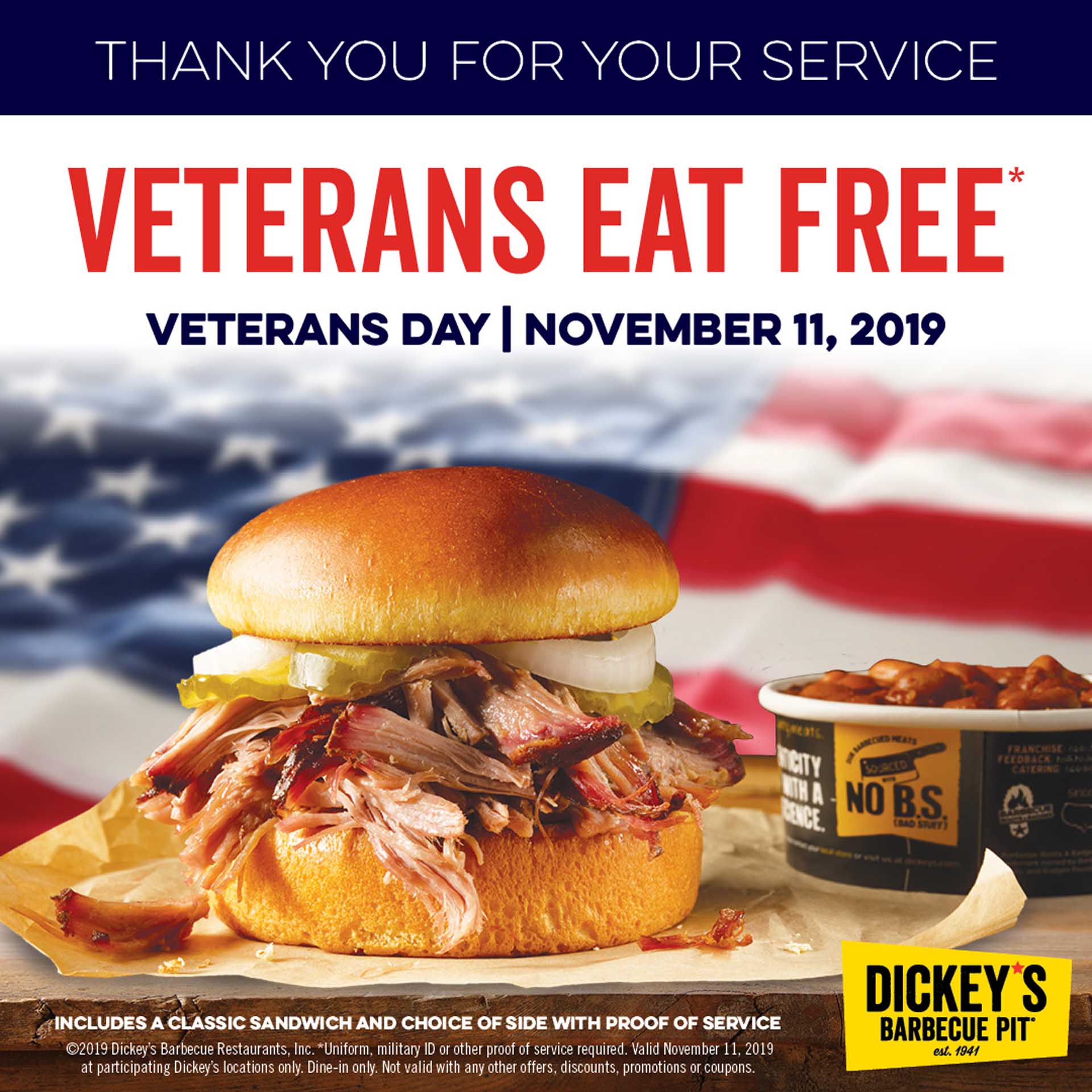