text-align:center">Dickey’s is now serving delicious, slow-smoked barbecue at the Target Center in Minneapolis

<o:p>
</o:p>(Minneapolis, MN) Dickey’s Barbecue Pit has prided itself on serving authentic, slow-smoked barbecue for the past 75 years to people across the nation. Dickey’s in Minnesota now has the opportunity to not only serve the people of Minneapolis, but also serve them while they are enjoying one of the nation’s favorite past times, professional basketball. <o:p></o:p><o:p> </o:p>“The Dickey family congratulates Tom Eggerud on his new venture with Dickey’s Barbecue Pit,” says Roland Dickey, Jr., CEO of Dickey’s Barbecue Restaurants, Inc. “Dickey’s is expanding rapidly throughout the nation and we are proud to have the opportunity to open our first Dickey’s location in an arena.”<o:p></o:p><o:p> </o:p>Tom Eggerud is the owner of two Dickey’s locations, making him an expert at delicious, Texas-style barbecue. When the Target Center reached out to him with an opportunity for Dickey’s to have concessions stands at the arena it was something that he could not turn down. For the remainder of the Timber Wolves season, Eggerud and his staff will be serving Texas-style barbecue to fans and foes of the Minnesota Timber Wolves. Though there is not a full menu in the concession stands, Eggerud offers delicious barbecue sandwiches, savory sides and Minnesota craft beer. <o:p></o:p><o:p> </o:p>The Target Center is currently remodeling, and Eggerud looks forward to the opportunity to have Dickey’s concession stands in the updated arena in the coming years. “It is a great opportunity to showcase our brand at various events, as the Target Center hosts over 200 events a year,” says Eggerud. “We are excited and proud to serve delicious, slow-smoked barbecue to its guests.”<o:p></o:p><o:p> </o:p>To find the Dickey’s Barbecue Pit nearest you, click here. <o:p></o:p><o:p> </o:p>Find Dickey’s on Twitter, Facebook and Instagram.<o:p></o:p><o:p> </o:p>About Dickey’s Barbecue Restaurants, Inc.
Dickey’s Barbecue Restaurants, Inc., the nation’s largest barbecue chain was founded in 1941 by Travis Dickey with the goal of authentic slow-smoked barbecue. Today, all meats are still slow smoked on-site in each restaurant living up to the company tagline, “We Speak Barbecue.” The Dallas-based family-run barbecue franchise offers a quality selection of signature meats, home style sides, tangy barbecue sauce and free kids’ meals every Sunday. The fast-casual concept has expanded to more than 570 locations in 43 states. This year Dickey’s won first place on Fast Casual’s “Top 100 Movers and Shakers” and ranked in the top ten of Franchise Times’ “Fast and Serious.” Dickey’s Barbecue Pit was recognized for the third year by Nation’s Restaurant News as a “Top 10 Growth Chain” and by Technomic as the “Fastest-growing restaurant chain in the country.” For more information, visit www.dickeys.com or for barbecue franchise opportunities call 866.340.6188.   <o:p></o:p><o:p> </o:p> 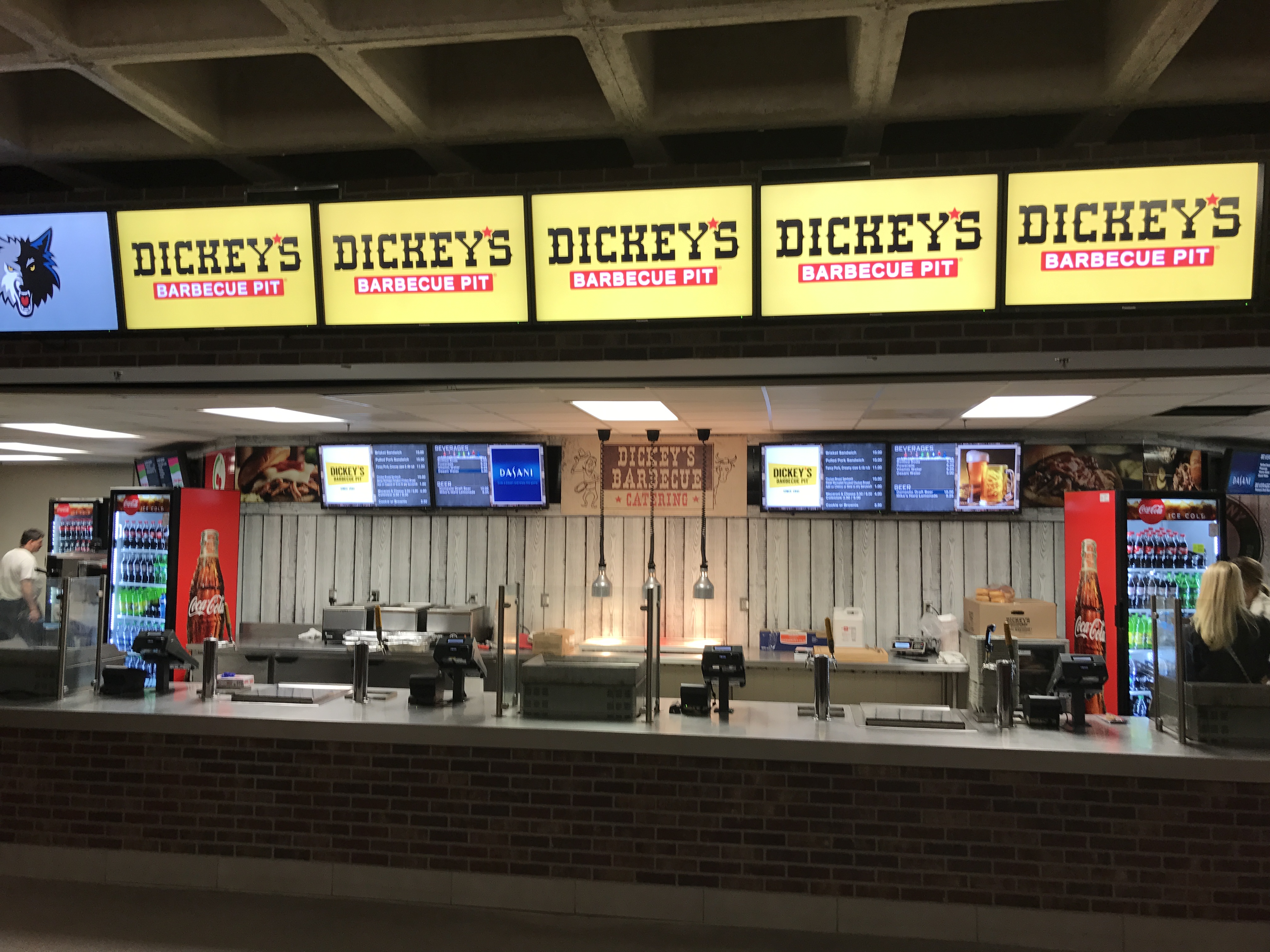