(Amarillo, TX) Dickey’s Barbecue Pit is slow smoking into the Texas Panhandle with three new locations slated to arrive in the Amarillo area in the next two years. The first location will open in March 2017, with the other locations to follow in the next year.

Owner/Operator Justin Howe is a serial entrepreneur, with four businesses currently open in the Amarillo area. Having grown up in the restaurant industry, he started out early peeling shrimp in his grandfather’s restaurant, and now co-owns two original concepts with his stepfather Gary Hutchens. The family currently owns local Amarillo hotspots Texas Tea and Buns Over Texas. “I look forward to growing with Dickey’s,” Howe says. “I was attracted to the barbecue brand because of its consistency, quality and rapid growth. I love to cook and I love barbecue, and I’m excited to begin this new venture in my hometown.”

Dickey’s Barbecue Pit is expanding rapidly nationwide, with more than 560 locations in 43 states. The nation’s largest barbecue chain, Dickey’s offers a low startup cost to franchisees and ongoing marketing and training support for every store system-wide.

About Dickey’s Barbecue Restaurants, Inc.
Dickey’s Barbecue Restaurants, Inc., the nation’s largest barbecue chain was founded in 1941 by Travis Dickey with the goal of authentic slow-smoked barbecue. Today, all meats are still slow smoked on-site in each restaurant living up to the company tagline, “We Speak Barbecue.” The Dallas-based family-run barbecue franchise offers a quality selection of signature meats, home style sides, tangy barbecue sauce and free kids’ meals every Sunday. The fast-casual concept has expanded to more than 550 locations in 43 states. This year Dickey’s won first place on Fast Casual’s “Top 100 Movers and Shakers” and ranked in the top ten of Franchise Times’ “Fast and Serious”. Dickey’s Barbecue Pit was recognized for the third year by Nation’s Restaurant News as a “Top 10 Growth Chain” and by Technomic as the “Fastest-growing restaurant chain in the country.” For more information, visit www.dickeys.com or for barbecue franchise opportunities call 866.340.6188. 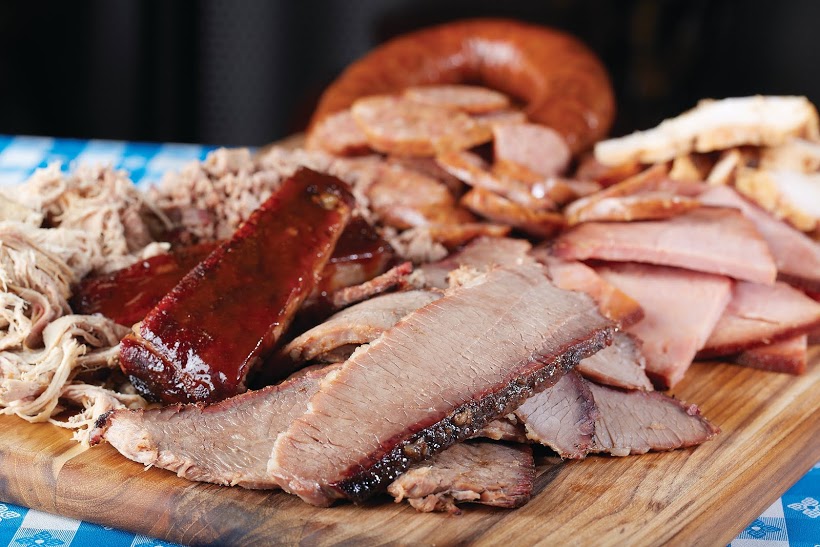