(Dallas, TX) Dickey’s Barbecue Pit announces Jared Madry as the new Vice President of Construction at Dickey’s Barbecue Restaurants, Inc. Jared brings over 15 years of experience to the Dickey’s brand, along with his lifelong passion of building and creating.

“We are excited to have Jared join the Dickey’s Barbecue Pit team as Vice President of Construction,” says Roland Dickey, Jr., CEO of Dickey’s Capital Group. “His extensive background in mechanical engineering and hands on experience at nationally known brands, makes everyone here at Dickey’s look forward to his success with the brand.”

Jared has previously worked at brands such as FedEx and JLL. In his new role at Dickey’s he looks to support the growth of the Dickey’s franchise network and build a best in class team to create top of the line Dickey’s locations.

“I pride myself on driving project execution while focusing on time, cost and quality of the final product,” says Jared. “That mentality is what I plan to bring to my team to ensure that our new store builds are worked on in a timely manner. Dickey’s has great brand recognition and I am excited to see how we can amplify that awareness as part of our international expansion.”

When Jared is not busy wrangling his four kids, he likes to spend his free time building furniture.

Dickey's Barbecue Restaurants, Inc., the nation's largest barbecue chain was founded in 1941 by Travis Dickey. For the past 77 years, Dickey’s Barbecue Pit locations across the nation have served guests Legit. Texas. Barbecue.™ At Dickey’s, all meats are smoked low and slow on-site, every night in every location. The Dallas-based family-run barbecue franchise offers several slow-smoked meats and wholesome sides with 'No B.S. (Bad Stuff)' included. The fast-casual concept has expanded to more than 500 locations in 44 states. In 2016, Dickey's won first place on Fast Casual's "Top 100 Movers and Shakers" list and in 2018 Dickey’s Barbecue Pit made the Top 10. Dickey's Barbecue Pit has also been recognized by Entrepreneur Magazine, Franchise Times and Nation's Restaurant News. For more information, visit www.dickeys.com. 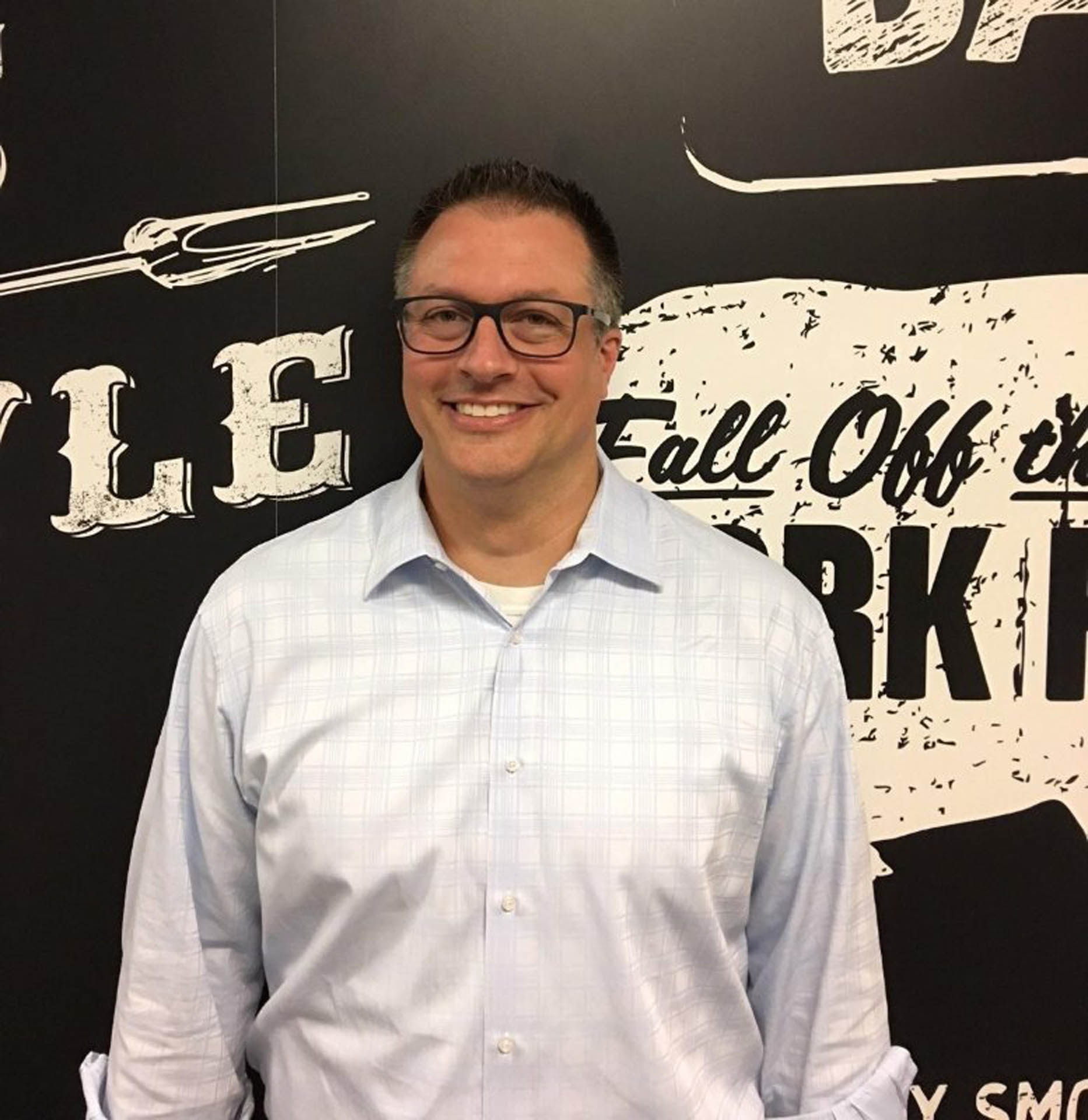