(Ferris, TX) Dickey’s Barbecue Pit franchisee, Guy New, plans to open his third Dickey’s location in his home state of Texas. The location is slated to open in Ferris, TX in Spring 2018. The signing of his new location follows New’s successful opening of his Mabank store, which opened in early September 2017.

“The dedication and generosity of Guy New and his team is something that truly inspires all of us at Dickey’s,” says Laura Rea Dickey, CEO of Dickey’s Barbecue Restaurants, Inc. “We are proud to have franchisees such as Guy that bring so much passion to the brand and we look forward to the opening of his third location.”

A native Texan, New is passionate about the art of great barbecue and is proud to serve Dickey’s Texas-style barbecue to the residents of his community. “I am looking forward to opening this location and potentially more in the future,” says New. “Dickey’s is a vibrant brand with an amazing product and I am honored to have the opportunity to serve my community.” 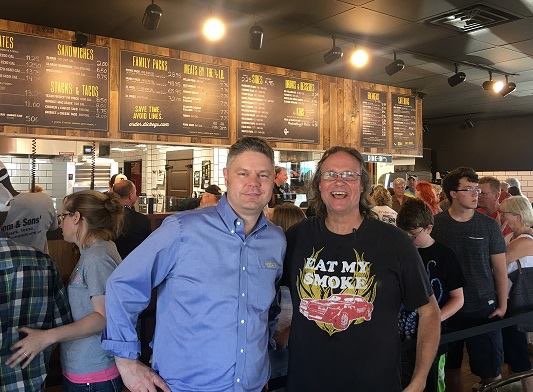